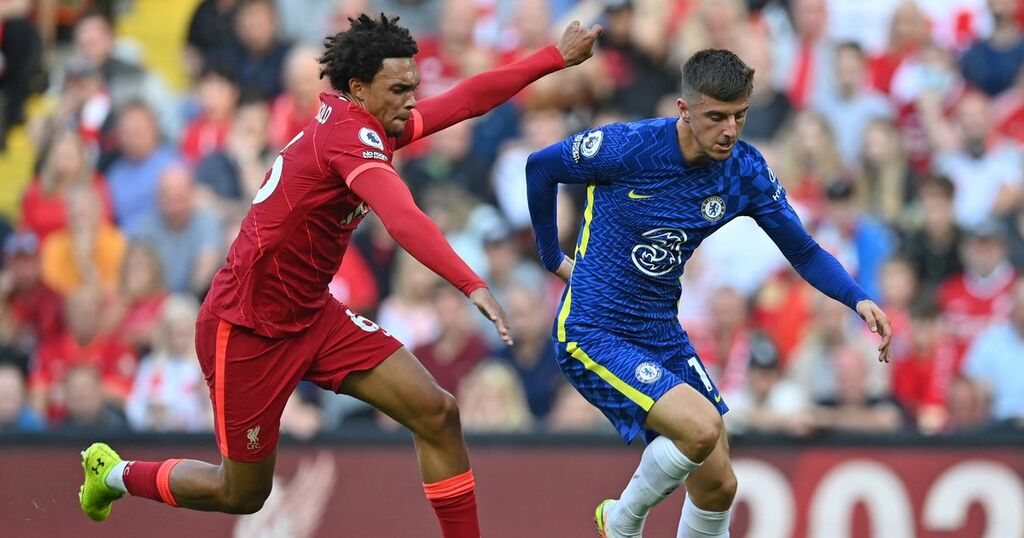 Thomas Tuchel made six changes to his Chelsea side from the draw with Liverpool before the international break to take on Aston Villa in the first game back and it paid big dividends with a 3-0 win at Stamford Bridge.

The Blues were far from their best in west London but still saw off Villa thanks to a Romelu Lukaku double on his second home debut with a strike from Mateo Kovacic sandwiching the £97million striker's brace of goals.

It was a much-changed Blues side from the one that ground out a draw with ten men at Anfield owing to the packed international break, where some of Tuchel's players featured three times for their country.

Andreas Christensen, Mason Mount, Cesar Azpilicueta, Jorginho were all given a rest by Tuchel at the start, while Reece James was suspended and N'Golo Kante was ruled injury.

Jorginho was pushed into action for the second half of the Villa game after Saul Niguez's very tough debut where he looked well off the pace and Azpilicueta came on midway through the second half, picking up an assist for Lukaku's second.

Attention now turns to the start of Chelsea's Champions League defence as they face Zenit St Petersburg in their opening Group H game at Stamford Bridge on Tuesday.

The reigning European Champions have looked strong to start their Premier League campaign as they sit in second place in the standings, behind leaders Man Utd on goals scored as both them and Liverpool sit on ten points in the very early going.

Having rested players for the game against Villa, what changes could Tuchel make to his starting eleven to face the Russian side at Stamford Bridge in midweek?

Mason Mount seems almost certain to be recalled having got a rest on Saturday following his international exertions. The Blues did lack a little fluidity without the England star in the side and also defensively, the Blues looked a bit exposed by Villa's 3-5-2 formation through the middle as he often drops back into a more number eight position without the ball.

Andreas Christensen is another player who could return having been an unused substitute against Villa. Trevoh Chalobah was recalled to the side for the Dane as he was given the afternoon off on the right side of the back three, with Thiago Silva also coming in to the centre of the trio.

Cesar Azpilicueta did come off the bench on Saturday but should start in midweek, most likely at the expense of Chalobah on the right of the three. Christensen would swap for Thiago Silva and Antonio Rudiger will keep his place.

In midfield, Tuchel is likely to recall Jorginho to the starting lineup. He will have wanted to have given the Italian international as much rest as possible but his hand was forced as Saul struggled.

Whether N'Golo Kante returns is up for debate as he missed out at the weekend with an ankle problem which he has been nursing since the UEFA Super Cup win over Villarreal and re-aggravated during the draw against Liverpool. The Frenchman was forced off at Anfield but was still called up for the France squad, being an unused substitute before he was sent back to London.

Tuchel won't want to risk his star midfielder so it wouldn't be a big surprise if, he is fit, then Kante will occupy a place on the substitutes bench with Jorginho partnering Mateo Kovacic in midfield.