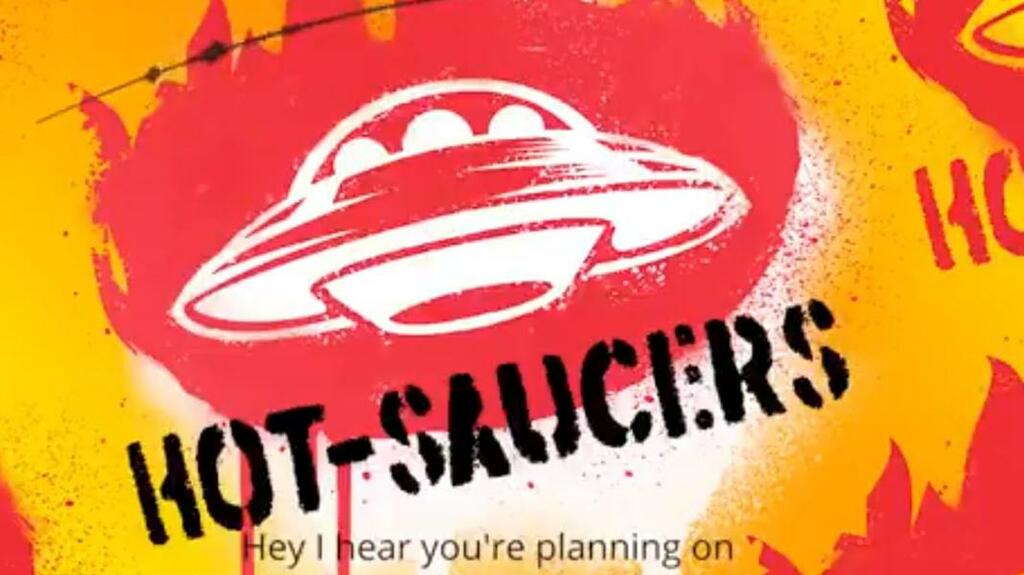 Fortnite is about to end the alien invasion, one way or another, with an event called Sky Fire, which takes place this Saturday. It will lead into season 8 of Chapter 2 here, and the game is now starting to tease that new season by suggesting the events of Sky Fire and Dr. Slone’s motivations may not be as straightforward as we think.

The new teaser just went up on social media, and has someone (I’m not clear on who this voice is) warning us about the upcoming mission.

If you can’t listen, here’s a transcript:

“Hey, I hear you’re planning on saving the day with your buddy, Dr. Slone.

Part of me is super relieved and the other is…honestly, really, really scared for you. I don’t trust Slone. Just be careful. Take care of yourself, don’t count on her to do it.

And…there’s something else. There might be something on that ship that not even Slone knows about. I don’t want to lead you down a panic spiral but…whatever you think the worst thing ever is… (static) this might be way way…(end message)”

So, what to make of this? I mean, Fortnite is not exactly known for its happy seasonal endings, which usually end up destroying and remaking the map in some capacity. There has always been something off about trying to take down a massive ship that seems like it could crash and…crush the entire island, given its size, but the warning is about something on the ship.

There have been rumors that Fortnite’s famed Chapter 1 Purple Cube, affectionately named Kevin by the community, may be returning next season, so that may be the object. Or it could be something else entirely. Next season is being pitched as “The Last Reality” by people like Epic’s Donald Mustard, though what that means, I have no idea. I’m guessing Marvel superheroes will show up.

The Sky Fire mission appears to be something somewhat similar to the on-rails Galactus mission we did a while back, rather than a sprawling event with 100 players witnessing something on the map. I assume we’ll run an op through the ship and then whatever this warning is talking about will reveal itself. Presumably we try to destroy the ship but in the process, set something loose that’s possibly worse instead. And what that does to the island remains to be seen.

The Operation: Sky Fire event is Sunday, September 12 at 4 PM ET. Be there.