Former Welsh Rugby Union chief executive David Moffett has called for the regions to be scrapped 20 years after he himself came up with the concept and branded rugby in Wales a "laughing stock" in a scathing assessment of the state of the sport in this country.

Moffett's brutal appraisal of the failings of his regional rugby plan comes amid a proposal to scrap one of Wales' four professional teams. Last week saw the emergence of the 'Umbers Report', which was commissioned for the Professional Rugby Board to assess the 'strategic options' available to the game's administrators in Wales. The PRB meet on Wednesday to discuss its findings.

The game here is at yet another crossroads following another season of unsatisfactory results on the field. And Moffett has a radical plan to remedy Welsh rugby's ills.

Read next: Axing a Welsh region solves nothing until archaic WRU is addressed

"You could dust off headlines like this for the past 15 years, regurgitate it and change a few words. Welsh rugby is at war with itself continuously. They are the laughing stock of world rugby," Moffett told the BBC in a live radio interview.

"I don't know what the board and executives have by way of key performance indicators, but obviously that is not fit for purpose, because if they were, you would have seen, in the last 10 or 15 years, an improvement in the Welsh ruby setup. In fact, it's going backwards.

"Now, in respect of the proposal to reduce a team, which is one of the options I believe is on the table, I've said for some time that, unfortunately, regional rugby and the concept I put in place has not worked. Mainly because the Welsh believe they have got a mortgage on parochialism and that parochialism can work for you or, in this case, against you.

"It was right for the time, it's not right now, so scrap it and just have three club-based teams. It's not going to make a difference to the number of people who actually support them, because the regions aren't supported now anyway."

When it comes to the three club sides Moffett would keep, they would be Cardiff, Llanelli and Swansea - with the Dragons the one to face the chop. He did add that he would have no issue with a Newport side remaining in place of Swansea, providing they were privately owned.

"They obviously can't afford four teams," he continued. "The only thing they seem to be able to do is cut, cut and cut costs, although I'd like to see what the head office costs are at the moment at the Welsh Rugby Union.

"But if that is the only option they've got then they are going to have to cut a team - but I don't think that's actually the right way to go.

"I think they should cut a team because they don't have enough players of sufficient quality to fill four teams.

"My three teams would be Llanelli, Swansea and Cardiff, but I'd put a caveat on that. I could live with Newport instead of Swansea, because they are so close to Llanelli, only on the basis that they would become privately owned like the other clubs and the WRU gave up ownership, which I presume they would if we are talking about Newport and not the Dragons.

"Everybody says it has to be one of the other regions because the Dragons are sacrosanct, well they shouldn't be. Welsh rugby should not have a free pass on what they've done by taking over Newport. They've kept the game relatively poor because of their poor financial management and something is going to break."

Moffett, who said the United Rugby Championship wasn't working for the Welsh sides, also admitted that creating the regions was a "mistake" in the sense that fans didn't get a say.

"The clubs voted for it 99.2 percent, or something like that," he added. "But the people who didn't vote for it were the fans and that's because of the parochialism in Wales. It's the same here in New Zealand.

"However, in New Zealand they get behind the national teams and the regional teams, which they haven't done in Wales. If it's not working, change it, but nobody in the last 20 years or 15 years in the WRU have said, 'OK, what's better than this?'

"Unless Welsh rugby decides it's going to be united in the way forward, then they are never, ever going to get there.

"Get united behind the whole fabric of rugby in Wales. You've got fights between the Premiership and the semi-pro league and the regions. Then there is fighting between the clubs.

"The most important thing in Wales is obviously a winning national team, you've got to start there.

"If you go to three, you've got to go for quality over quantity. No one has ever argued that quantity is better than quality.

"If nothing changes, well, there's a saying about the definition of insanity is doing the same thing over and over and expecting a different outcome.

"That's got to change and someone has got to take ownership. The current board and the current executive have not got the knowledge or the fortitude to say, 'This is the way forward'.

"If you got to clubs, it doesn't matter if the people in the valleys don't support a club. You've got to stop this focus on trying to get them to support the region, they are not going to, that is obvious, so go back to clubs. They will get the same amount of support for those clubs, perhaps more, in whichever of those three clubs come out of it." 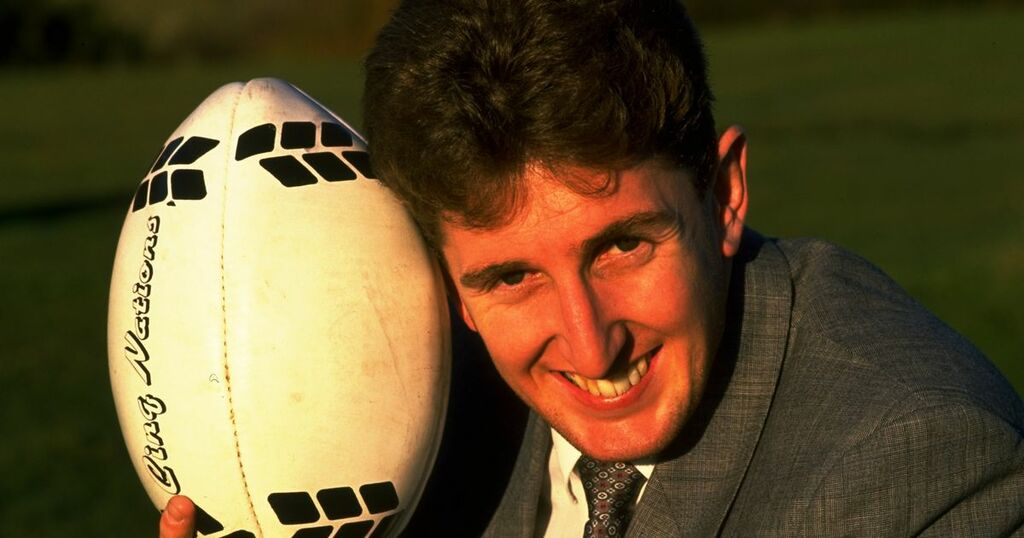 'The b******s!' Jiffy's bombshell, threats of legal action and the moments that shook Welsh rugby
Welsh rugby is never far away from a ground-shaking episode