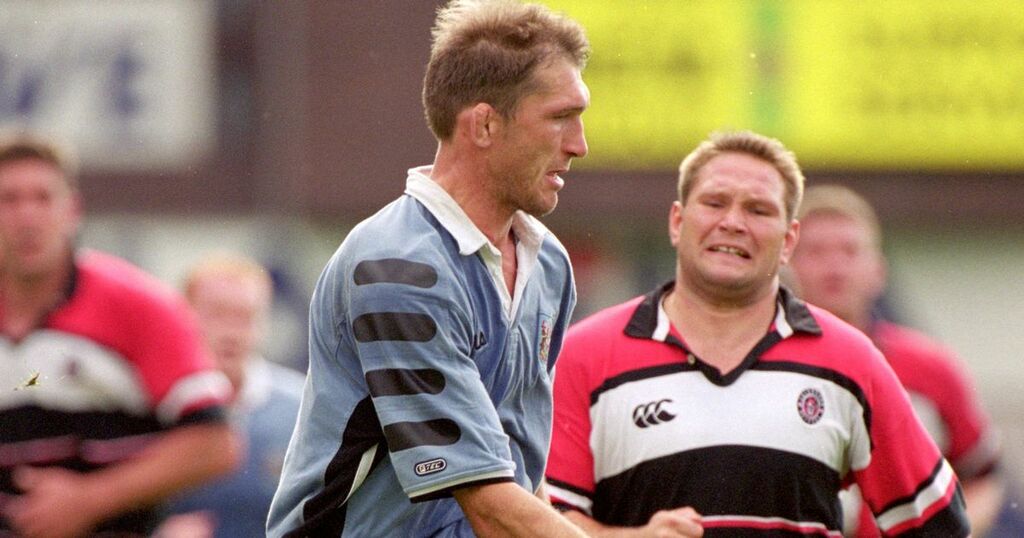 Former Welsh international Owain Williams has passed away at the age of 56.

Williams, who played in the back row for Glamorgan Wanderers, Bridgend and Cardiff, was a hugely popular figure in Welsh rugby.

He was capped once, lining up against Namibia at Windhoek in June 1990, while he also skippered Wales Sevens and represented the Barbarians.

In 1996, he played in the inaugural Heineken Cup final, wearing No 7 for Cardiff as they narrowly lost to Toulouse at the old National Ground.

Over an 18-year club career, he played more than 500 games. You can read a moving interview he gave to WalesOnline last year about his life here.

A fine athlete, with a huge work-rate, and a fearless competitor, he was also one of the great characters of the game.

Away from rugby, the father-of-four had a job with a difference, being in charge of the set construction for the TV show Casualty.

He had fought a long battle against cancer, having had his right eye removed after being diagnosed with a tumour in 2006 and undergoing further surgery on his liver.

In 2018, he lost his brother, former Wales and Lions star Gareth, to a rare neurological illness, multiple system atrophy, aged 63.

One of his sons, Teddy, is a second row on the books of Cardiff Rugby, while another, Henri, has been playing at lock for Paul Turner’s Ampthill.

Tributes have been paid to Williams this morning.

Cardiff Rugby posted the following message: “It is with great sadness that we have learnt of the passing of Owain Williams following a long battle with cancer.

“Owain made 221 first team appearances for the club and established himself as an Arms Park legend.

“Our heartfelt thoughts are with Teddy and the Williams family.”

Cardiff Rugby Life President Peter Thomas added: “The thoughts of everyone at Cardiff Arms Park are with the family and friends of Owain at this incredibly sad time.

“His career spanned from the amateur to the professional era and he was always one of the very first names on the team sheet back in 1996, due to his diligence, professionalism and athleticism.

“To this day, Owain is undoubtedly one of the best back row forwards Cardiff has ever had. He was a wonderful player and person.

“He will be sadly missed by all of us, particularly at such a young age. He was a very special player and was respected by everyone he played with or against.”

Bridgend RFC commented: "All at Bridgend Ravens are deeply devastated to hear of the passing of one of our finest former players, Owain Williams.

"Our thoughts are with Owain's family at this incredibly difficult time."

Dual code great Jonathan Davies was a former team-mate and good friend of Williams and had this to say about him.

“He was just a great guy,” said the former Wales fly-half.

"What a player he was, only really appreciated by the guys who played with him. He was a great reader of the game.

“He was also brilliant to have in a squad environment with his dry sharp wit.

“It’s absolutely tragic news. My prayers and condolences go out to Angie and the boys.”

“Owain was an outstanding rugby player, a brilliant player,” he said.

“You always wanted him on your side, rather than play against him.

“He also loved life off the field. He was a real character.

“He was always 100 per cent, gave everything, a great character and a great person and a good family man as well.

“He was always there on the sidelines watching his sons play.

“What you saw was what you got from Owain. He was a really good genuine guy, just a fabulous human being.

“People often say why do they take the good people away from us and he was one of those.

"Thoughts and prayers with his family and friends from myself and everyone at the Welsh Rugby Union.

"A fantastic back rower and a great guy with a brilliant sense of humour. Fond memories of his time at Cardiff RFC and as a room-mate on the Namibia tour, where he gained his first international cap. RIP Owain, you’ll be sadly missed by all."

Ex-Cardiff and Wales second row Derwyn Jones said: "Incredibly sad to hear about the passing of former team mate Owain Williams. We had such an amazing time playing for Cardiff RFC in the 90s alongside top quality players who were also great men - Owain was certainly one of them. RIP mate."

Emyr Lewis was another former team-mate to post a tribute, saying: "Such sad news. A real character on and off the pitch and a wonderful player. Loved being in his company and his banter thoroughly enhanced my enjoyment and experience at Cardiff RFC. My sincere condolences to his family.You will be missed big man. RIP Ows."

Former Cardiff fly-half Lee Jarvis added his thoughts: "Tragic news. Ows was the absolute team-mate and a wonderful human being. Thoughts and prayers are with his family."

And broadcaster Phil Steele said: "Very sad news. A former team-mate at Glamorgan Wanderers - a fine player and good bloke with a wicked dry sense of humour that made him great company off the field. RIP."

The youngest of five children, Williams was born in Ogmore-by-Sea and went to Brynteg Comprehensive, where he made his mark in rugby, starring in the Grand Slam-winning Wales Schools U18s team of 1983.

A four year spell with Glamorgan Wanderers followed ahead of a season in Australia in 1988, when he played for the Wests club in Brisbane and appeared for Queensland against both New Zealand and England.

Then came four years with Bridgend, during which he made his Wales debut, ahead of joining Cardiff in 1992, making 221 appearances for the Arms Park club over nine years, scoring 41 tries.

After hanging up his boots in 2001, he headed full-time into set design, which he had studied at Kingston Polytechnic, having first acquired a degree in industrial design at Cardiff University.

He worked on a variety of shows, including a number for S4C, but for the last 16 years he was employed by Casualty, where he was the series production designer.

For the latest rugby news, interviews and analysis sent straight to your inbox, you can sign up for our Welsh rugby newsletter.