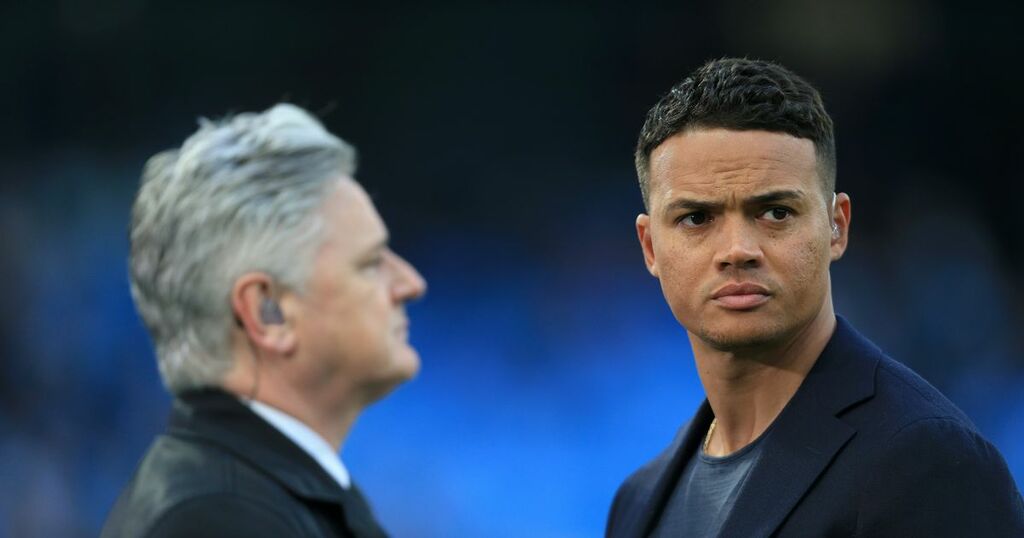 Racism in football has been a problem for many years. Recent times haven't changed that and Jermaine Jenas has spoken about what he thinks needs to be done.

Jenas has produced a documentary, aired on Channel 4 on Thursday, called 'Hunting the Football Trolls' as he takes a deeper look into online abuse of Black players.

There were major problems of racial abuse during the 2020 Euros and a recent YouGov survey revealed that after the competition in the summer, more than 70% of English fans think there is a serious racial problem in football.

The Euros saw an increased level of racism, particularly after missed penalties from Marcus Rashford, Jadon Sancho and Bukayo Saka in England's final against Italy.

In a bid to show their stance against racism, the England players took to their knee throughout the European competition - following on from the Premier League season.

Colin Kaepernick made the anti-racist statement during an American football match in 2016 during the national anthem, and taking the knee has become associated with the Black Lives Matter movement.

Some fans have begun to boo the gesture after their return to stadia following the easing of pandemic restrictions, with though they have been mostly drowned out by applause.

"The Premier League, our clubs, players and match officials have a long-standing commitment to tackle racism and all forms of discrimination," Richard Masters, Premier League chief executive said.

However, not all players in the top flight English league have continued the action, including Chelsea's Marcos Alonso.

Players have a 'No Room for Racism' badge on their sleeves which the defender has chosen to point to instead, as he feels taking the knee is "losing its strength".

"I am fully against racism and I'm against every type of discrimination, and I just prefer to put my finger to the badge where it says no to racism, like they do in some other sports and football in other countries," Alonso said.

Speaking on BBC Newsbeat, Jenas explained that he started filming his documentary before the Euros and highlighted how racism has changed, but improvements are still not being seen.

He also stated that he received around 10-15 messages of racist abuse, which lead to him deleting his social media account.

"We've come from an era, from the 70s and 80s where racial abuse was in stadiums, bananas are getting thrown on the pitch," he said.

"They're in waves so whilst I was going through the Euros I had to delete my social media account because it got that disgusting that it was effecting me."

The tweets, which were "of an anti-Semitic nature" according to prosecutor David Roberts, were aimed at Tottenham fans and mean the 21-year-old is now facing a possible jail sentence after posting images, tweeting and retweeting offensive messages between September 29, 2020 and February 5, 2021.

This is a step in the right direction to giving sanctions to those who are making such comments but the issues are continuing and a lot more needs to be done to stop these people.

Racism in football is a prominent issue, but it is not only football where this occurs and with the ever-growing use of social media, it makes online abuse even more of a problem.

Jenas explained that he wants to see people sanctioned when they abuse others and social media companies don't seem to be doing enough to combat the problem.

"This isn't just about racism. This is about online hate and online abuse in general and the social media companies lack of responsibility to stop it," the 38-year-old explained.

With the international break causing a pause to Premier League action, Wales boss Rob Page has prepared his team's action if they experience racial abuse on their travels, when they face Czech Republic on Friday.

"Of course it [walking off] is an option. If it's that bad and we think it's completely unacceptable, the abuse the players are subjected to, then absolutely [we would do that]," he explained.

"We won't stand for it and there will be zero tolerance for any racial abuse...We will take the knee because that's what we think is the right message to continue to show."

There is a hope that racism and online abuse, not just in football but in general can be stopped sooner rather than later, in a world where everyone should be equal and treated fairly.