Former Stockton tip to be re-excavated 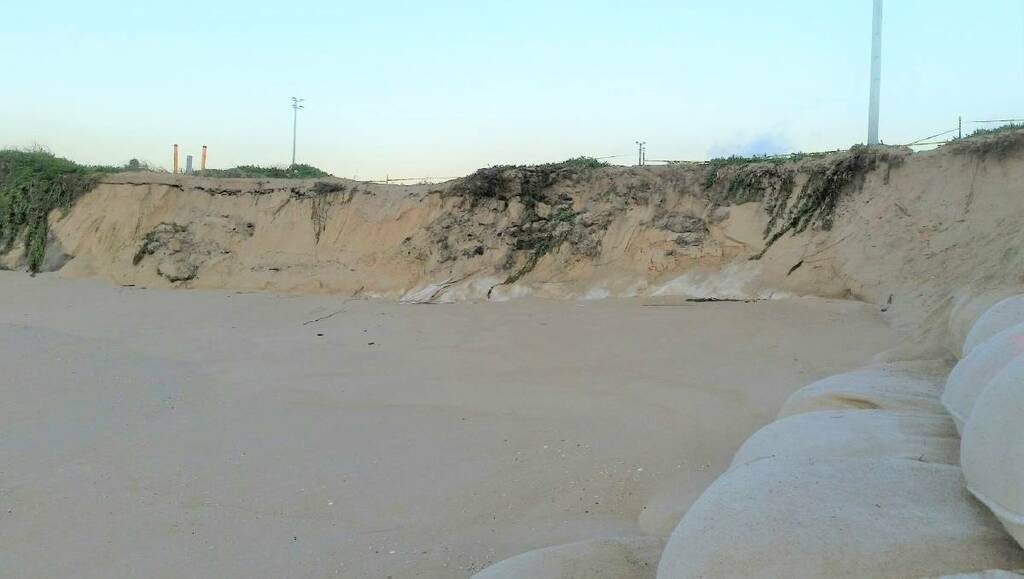 Planning is underway to re-excavate part of the former Stockton rubbish tip to prevent potentially toxic materials washing into the sea.

Representatives of Crown Lands, Hunter Water, Soil Conservation Service, and the Environment Protection Authority inspected the northern end of the beach on Wednesday morning after several days of heavy swell stripped about six metres of sand from the foreshore.

The erosion reached the geofabric lining that was placed over the former tip in 2018.

"Ocean conditions had eased this morning and the waste cell had not been further exposed," a Crown Lands spokesman said.

"Buried waste will be excavated from the site as soon as possible."

The waste is expected to be transported to the Summerhill waste centre.