It started with a fake Gmail account. From there, a web of lies that culminated in a faked car accident. Ex-Goldman Sachs star banker Tim Leissner detailed Tuesday how he used an email account with his ex-wife’s name for all sorts of shenanigans, beginning with a lie to his girlfriend at the time, Kimora Lee Simmons.

Posing as his then-wife Judy Chan, Leissner initially used the account to try to convince Simmons the two were no longer married. But he went on to pose as Chan for years to converse with Simmons about family vacations and other topics.

Leissner is the government’s key witness against former Goldman banker Roger Ng, the only banker from the firm to go to trial in the 1MDB scandal. Leissner, who’s pleaded guilty and is cooperating with the U.S., has testified Ng conspired with him to help Malaysian financier Jho Low siphon billions of dollars from the Malaysian sovereign wealth fund.

Leissner was questioned Tuesday about the phony email account by Ng’s lawyer, Marc Agnifilo, who’s trying to undermine the banker’s credibility by showing the jury that he’s a “rare cunning liar," as the attorney told the judge.

While posing as Chan, Leissner declined Simmons’s repeated invitations for Chan and her children to vacation with the former model and her family in Paris, an Austrian ski holiday and a private Caribbean island. In one email created by Leissner, Chan told Simmons she’d be unable to visit because she and her children with Leissner had been injured in a car accident.

“It was an entire life you completely falsified because you made the whole thing up?" an incredulous Agnifilo asked.

“The correspondence yes," Leissner said. “But an entire life may be too far."

Agnifilo showed Leissner an email he’d sent Simmons in which Chan claimed she caused the banker to be audited by the Internal Revenue Service.

“I don’t remember, but I see it here," Leissner said.

Leissner also admitted Tuesday he’d used the phony email address to communicate with Low after the financier reached out to Chan in 2016 because he was looking to sell fine art including a painting by Vincent van Gogh. Chan’s family owns China’s top winery, as well as other businesses, he said.

“Jho was trying to monetize the painting and several others and he wanted to see if Judy or her family could be of help," Leissner said.

Agnifilo asked why he pretended to be Chan while talking to Low.

“I wanted to protect Judy from him," Leissner said. “I wanted to pacify him or be friends. I wanted to make an effort or appear I was attempting to help him."

Leissner had previously admitted that he was twice married to two women at the same time, saying that he had faked a divorce document to marry Chan and later Photo-shopped a divorce decree to marry Simmons. 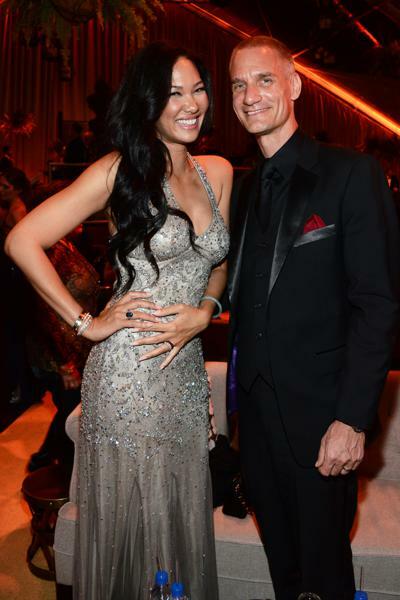 Forbes
From analysis to the latest developments in health, read the most diverse news in one place.
The New York trial that has it all: Hollywood, megayachts, giant sums of money

Sunita Brittain, 51, was convinced "Michael Anderson" - an alias used by the fraudster - was the love of her…

The Guardian - UK
Woman requests her husband pays her $50,000 to compensate for lost salary after childbirth: ‘Iconic and revolutionary’

The Independent UK
One place to find news on any topic, from hundreds of sites.
'My fiancé invited his mum to come along on our honeymoon without asking me'