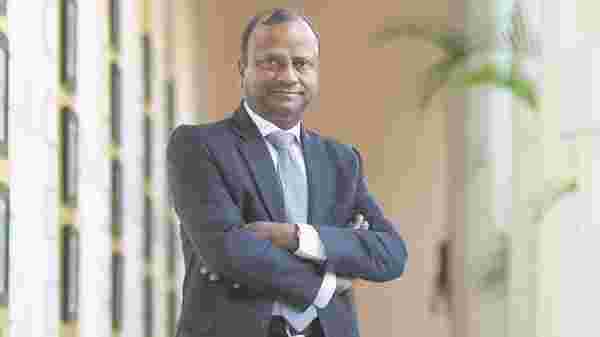 Rajnish Kumar, former chairman of State Bank of India (SBI), has joined the board of Fintech firm BharatPe as its Chairman. Kumar's experience across India's financial sector will be an invaluable addition to the board of BharatPe.

Kumar will mentor the BharatPe team during transition into small finance bank. He will also be involved in defining the firm's short-term and long-term strategy.

“In just 3 years, BharatPe has come a long way in becoming a trusted name in the financial services industry. It has redefined payments with its products like interoperable QR and has also emerged as the largest B2B lender in the industry. This company has a huge opportunity ahead and it would be great to work closely with its young and talented team to build financial services for the India of tomorrow," Kumar said.

Commenting on the appointment, Ashneer Grover, Co-Founder and Managing Director, BharatPe said, “It is a matter of great validation and pride for us that one of the biggest stalwarts of the Indian Banking Industry has agreed to join BharatPe as the Chairman of the Board. We look forward to invaluable guidance from Rajnish Kumar as we build India’s largest digital credit provider. We are confident that under his able guidance, BharatPe will attain newer heights and build the best-in-class Fintech for the new India."

Kumar, who retired from the country's largest lender after four decades of service in October 2020, was previously appointed as a non-executive director for banking giant HSBC's Hong Kong-headquartered Asia unit.

Kumar was also appointed as the senior advisor by Baring Private Equity Asia and an advisor to Kotak Investment Advisors.

Meanwhile, BharatPe has recently announced its foray into the 'Buy Now Pay Later' (BNPL) category with 'postpe' and said it aims to facilitate a loan book of USD 300 million (about ₹2,245 crore) via postpe in the first 12 months for its lending partners.

Customers can download the 'postpe' app from Play Store and avail interest-free credit limit of up to ₹10 lakh. The product can also be used for micro-purchases.

"postpe is designed for the new-age customers who believe in shopping smart and are also well-versed with digital payment modes...there is no annual fee or transaction charges on payments done via postpe app or postpe card," a statement said.

BharatPe aims to facilitate a loan book of $300 million on postpe in the first 12 months for its lending partners, it added.

postpe is Global Sponsor of ICC T20 World Cup to be held in Dubai this year.

BharatPe, which had raised $370 million in funding (including secondary component) in August 2021 at a valuation of $2.85 billion, is backed by investors like Tiger Global, Dragoneer Investment Group, Steadfast Capital, Coatue Management, Insight Partners and Sequoia Growth.