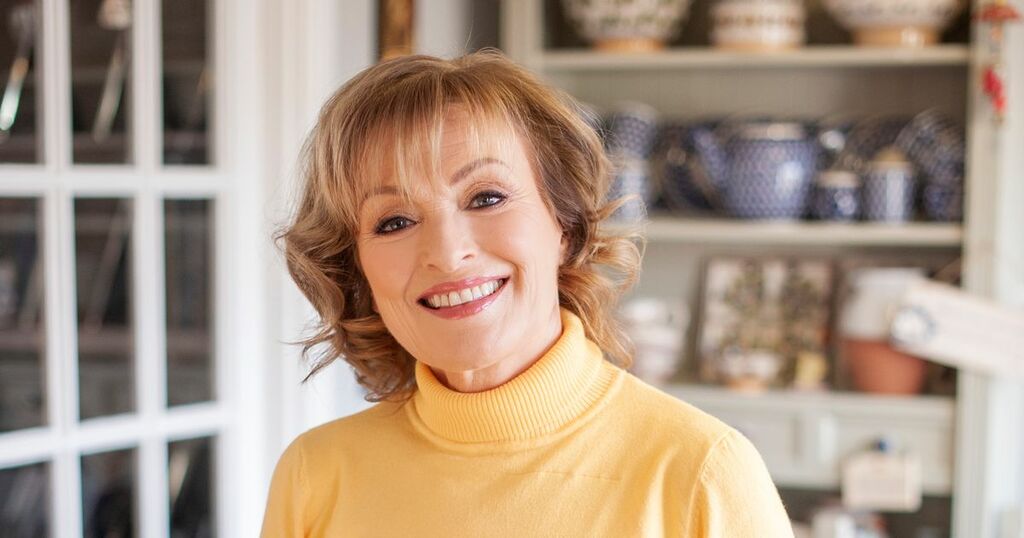 TV star Mary Kennedy is showing no signs of retiring as she's back on telly with her brand new show Moving West on TG4.

The former Nationwide presenter is fronting TG4’s ‘Moving West’ which shines a light on those who’ve decided to escape the trap of being time poor in the cities.

Dubliner Mary told of her sadness to witness young people in the rat race in Dublin.

“Bumper to bumper with people who had to leave their homes at silly o’clock.

“Maybe picked sleeping babies out of bed to bring them to childminders, and make that really long journey into the city.

“Then they were trying to pack everything into the weekend. The quality of life was non-existent.

Mary travels to the top and bottom of the Wild Atlantic Way, meeting people who swapped life in hectic Dublin for a quieter life on the other side of Ireland.

She said: “We travelled all over the West: Mayo, Leitrim, Sligo, Galway, Clare and Kerry, on location for a few days at a time with a great crew - and hearing such interesting stories.

“In Strandhill (Co Sligo), for instance, we met Aoife Porter from Dublin.

“Her husband was from there and they decided to relocate.

“Now her three children are all into surfing, involved in absolutely everything, music, sport, Strandhill is a small village and they’re having a ball.

“They’re all lovely stories. I’ve always been fascinated by people who up sticks and have the courage to try something new.

Urban dwellers moving to the countryside is helping with quality of life.

Speaking to the RTE Guide, Mary added: “And I’ve no doubt, from all the years I worked on Nationwide, that the quality of life these people and their children will have is just super, in this less urban setting.

“These people are breathing new life into places that used to be empty from morning til night.

“They have a sense of community and a people centric life.

“We have a rich sense of community in Ireland, I saw it working on Nationwide but also Tidy Towns and the Rose of Tralee.

“But there has been a problem in the lack of people living in rural Ireland; we hear stories about local football clubs not able to put out a team because so many young people have emigrated.

“Work-life balance is so important, and our priorities have maybe shifted in a positive way.

“Earning more money comes with sacrifice of missing out on those magical moments in life.

“There should be a balance. I’m really hoping this will be a new trend and people will see that others have made a go of it.

“Even the fact fewer people are clogging up the urban roads make for a better quality of life for those in cities.”

Moving West is on TG4 on Thursday at 9pm