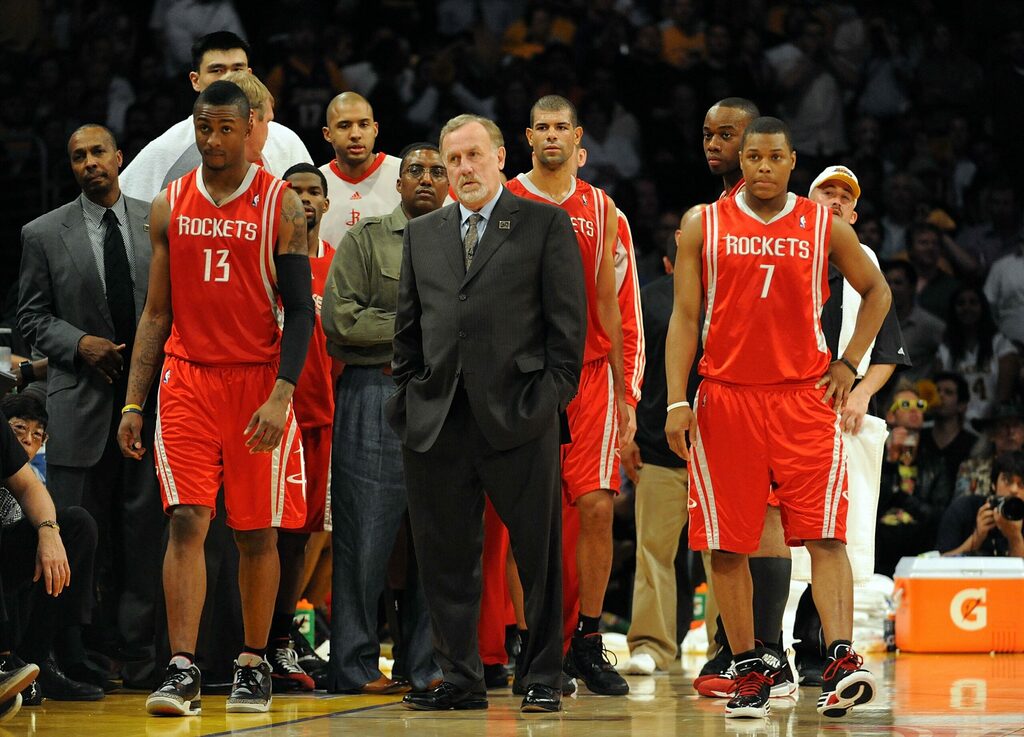 Former Rockets head coach Rick Adelman was inducted Saturday into the Naismith Memorial Basketball Hall of Fame as a member of the 2021 class. Adelman joins legendary Houston coach Rudy Tomjanovich, who was inducted earlier this year as part of the delayed Class of 2020.

Adelman began his NBA career as a player from 1968 until 1975, including a stint with the San Diego Rockets in his first two seasons. Adelman played for five teams, averaging 7.7 points and 3.5 assists per game.

While Adelman never won an NBA title, he got deep into the playoffs many times — including the 1990 and 1992 NBA Finals with the Trail Blazers and the 2002 Western Conference finals with the Kings, which may have resulted in a championship if not for questionable officiating.

With the Rockets, Adelman went 193-135 (.588) over four seasons, giving him the fourth-most wins of any head coach in franchise history. (The top three are Tomjanovich, Mike D’Antoni and Bill Fitch.) His .588 winning percentage ranks third, trailing D’Antoni and Kevin McHale.

Under Adelman’s watch, the Rockets had a historic 22-game winning streak in the 2007-08 season, and they won their first-round playoff series versus Portland in the 2008-09 season. That represented the franchise’s first series victory in the NBA playoffs in 12 years.

Honored for a legendary coaching career 👏

While the Rockets never seriously contended for a championship in either of those years, that fate was largely due to reasons out of Adelman’s control: All-Star center Yao Ming had both seasons cut short due to serious foot injuries. Those injuries eventually forced Yao to retire much earlier than expected and pushed the Rockets into a rebuilding cycle, for which a veteran coach like Adelman wasn’t an ideal fit.

Nonetheless, Adelman’s tenure with the Rockets should be remembered fondly, and now he is recognized alongside Tomjanovich at the Hall of Fame in Springfield, Massachusetts. With a 1,042-749 career record (.582), Adelman ranks No. 9 all-time in NBA coaching wins.

Adelman’s complete enshrinement speech can be viewed below. 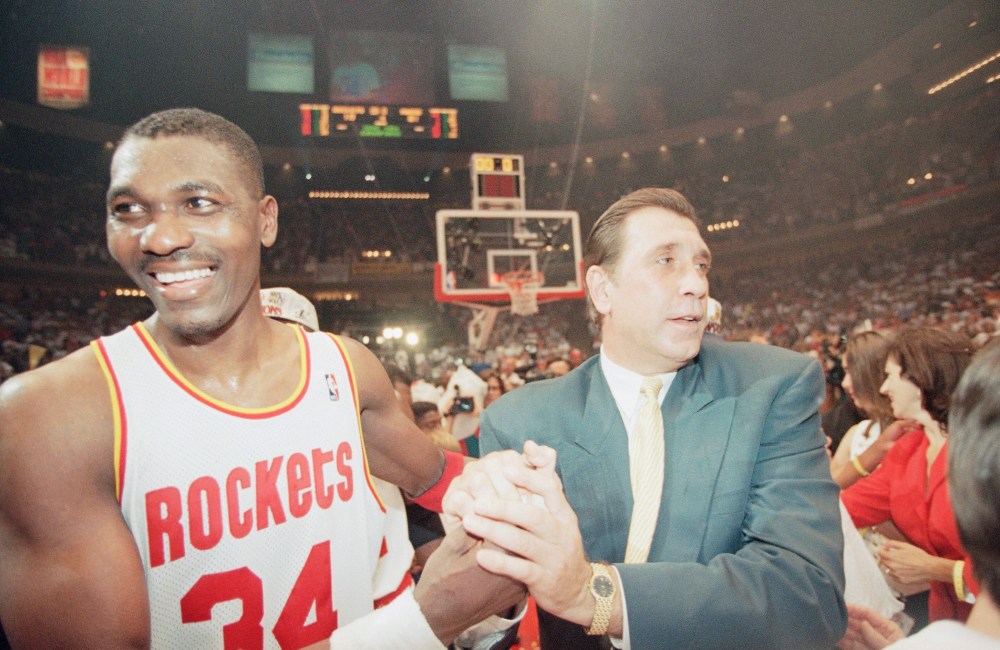