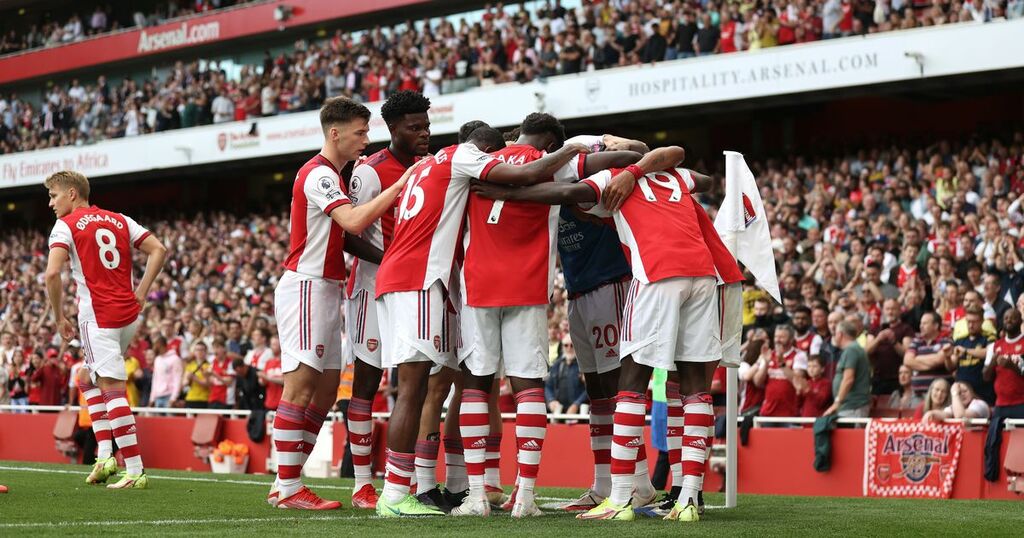 Arsenal secured a much-needed three points on Saturday afternoon with a 1-0 victory over Norwich City.

Pierre-Emerick Aubameyang scored the only goal of the game at the Emirates Stadium, which saw the Gunners move off the bottom of the Premier League table.

Aubameyang's second-half goal from close-range was Arsenal's first of the league campaign and the celebrations that led from the strike were telling of just that.

However, the celebrations were very nearly cut short after the referee was advised to go to VAR with the ball hitting Bukayo Saka 's arm in the build-up and there was also a question of whether or not Aubameyang was in an offside position.

Now, though, former Premier League referee Dermot Gallagher has issued his honest verdict on the goal and explained why it was correct to be given.

"It does strike Saka's hand, but I think that's all it does. It flies up off the Norwich player and strikes his arm," Gallagher said on Sky Sports News.

"I wasn't too concerned about that because it doesn't fall into what the new law is.

"It strikes him and they play on - it doesn't go directly to a player that scores, and he doesn't score - the game goes on."

"Aubameyang starts in an offside position, but when the ball hits the post and comes back, it strikes Pepe and goes to him - and at that point he's returned behind the ball so he's onside."

Many were unsure what the reception for Arsenal at the Emirates Stadium was going to be like, but it was largely positive despite the side suffering three successive Premier League defeats going into the clash.

Mikel Arteta, when speaking after the 1-0 victory over the Canaries at the weekend, thanked the supporters for how they spurred the team on to secure the three points in north London.

Arteta said: "So, what I’m describing is probably what you guys don’t see, what is happening internally.

"I [had] doubts and I had question marks because obviously I had to read, I had to understand and I had to reflect a bit on different opinions and criticism.

"I don’t know how much they’re going to be effected. Basically, the club has been extremely open to send a message across of what we’re trying to do.

"I had question marks, to be honest, but I just saw an incredible fans trying to inspire a team trying to tell them we are ready to suffer with you and we are going to support you. The rest, it doesn’t matter.

"I’m extremely grateful and I got pretty emotional to see that because I think it’s pretty difficult to see in football and people maybe are expecting something or they want to go in other routes and they want to transmit hate or whatever and it wasn’t like that. Thank you so much."