When a jury found R&B superstar R Kelly guilty on all counts of sex trafficking, it was seen as a signature moment of the #MeToo movement.

Now Kelly's sentencing has arrived, with the singer to front a New York court on Thursday.

Here's what you need to know to get up to speed on the case.

Who is R Kelly?

R Kelly (whose full name is Robert Sylvester Kelly) is considered one of the most influential R&B artists of his generation and has sold more than 70 million records worldwide.

He's best known for the 1996 hit I Believe I Can Fly, which won three Grammy Awards and featured on the soundtrack of the film Space Jam.

But before that, he had developed a reputation for his take on R&B with songs like Bump & Grind and Sex Me.

He's also written and produced for many artists, including Michael Jackson, Whitney Houston and Aaliyah.

What was he convicted of?

Back in September 2021, Kelly was found guilty of all charges in his sex trafficking trial in New York.

Kelly was facing one count of racketeering – essentially, running a criminal enterprise – and eight counts of violating the Mann Act, which makes it illegal to take people across state lines for the purposes of prostitution.

Prosecutors said Kelly took advantage of his fame and charisma to recruit victims, including some plucked from crowds at his concerts, with the aid of people in his entourage.

At the time, acting US attorney Jacquelyn Kasulis said the guilty verdict "forever brands R Kelly as a predator, who used his fame and fortune to prey on the young, the vulnerable and the voiceless for his own sexual gratification".

Several accusers testified in detail during the trial, alleging that Kelly subjected them to perverse and sadistic whims when they were underage.

Witnesses said some victims had hoped Kelly could jumpstart their careers, only to find he demanded their strict obedience and would punish them if they failed.

His alleged victims included the late singer Aaliyah, who Kelly briefly and illegally married in 1994 when she was 15. Kelly was 27 at the time.

Kelly's sentencing has arrived, and he faces a minimum 10-year term.

His lawyers have argued that Kelly, who has been jailed since 2019, deserves only a maximum of about 17 years in prison under federal sentencing guidelines.

But prosecutors argue Kelly should spend more than 25 years in prison, saying the 55-year-old remains a "serious danger" to the public, justifying keeping him behind bars until well into his 70s.

"Indeed, the defendant's decades of crime appear to have been fuelled by narcissism and a belief that his musical talent absolved him of any need to conform his conduct — no matter how predatory, harmful, humiliating or abusive to others — to the strictures of the law," prosecutors wrote in a court filing.

These were not the first allegations against him, right?

Kelly was one of the most prominent people tried on sex charges during the #MeToo movement, with accusations dating back decades.

Back then, court records showed the same pattern: Kelly was using his fame to coerce underage girls into sex.

One of those was Tiffany Hawkins, who sued Kelly in 1998 claiming he abused her and several other underage girls.

The reporter also broke the story about the infamous Kelly video tape, which showed the singer allegedly abusing and urinating on a 14-year-old girl.

That video led to child pornography charges against Kelly.

After a lengthy trial, at which the alleged victim and her parents refused to testify, he was acquitted.

Over the years, many other women came forward with allegations.

While Kelly will soon be sentenced, this story is far from over.

He also faces federal charges in Chicago on child pornography and obstruction, and state charges in Illinois and Minnesota.

His co-defendants in that Illinois case are two of his former employees.

Though they deny the charges, prosecutors in the September 2021 trial said Kelly "used [his] inner circle as his means to a criminal end".

A lawyer for some of Kelly's accusers, Gloria Allred, has also been involved in the cases against Harvey Weinstein and Jeffrey Epstein.

But following his guilty verdict, she said: "Mr Kelly is the worst."

"Despite the fact that he thought he could control all this, he was wrong." 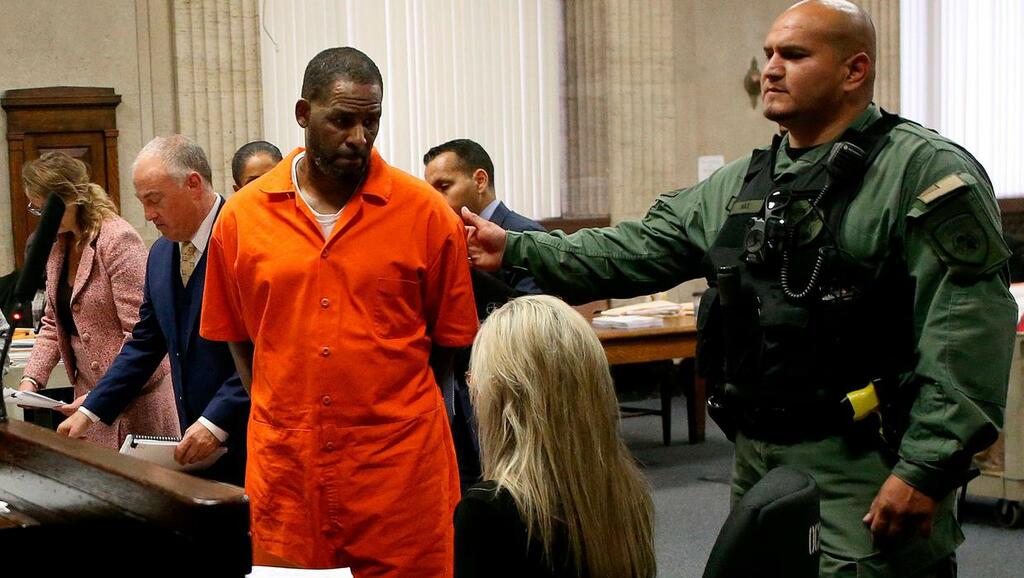 Irish Independent
From analysis to the latest developments in health, read the most diverse news in one place.
R Kelly: The R&B superstar and sex-trafficker

Here is everything you need to know about the singer’s career and the allegations brought against him over the years.