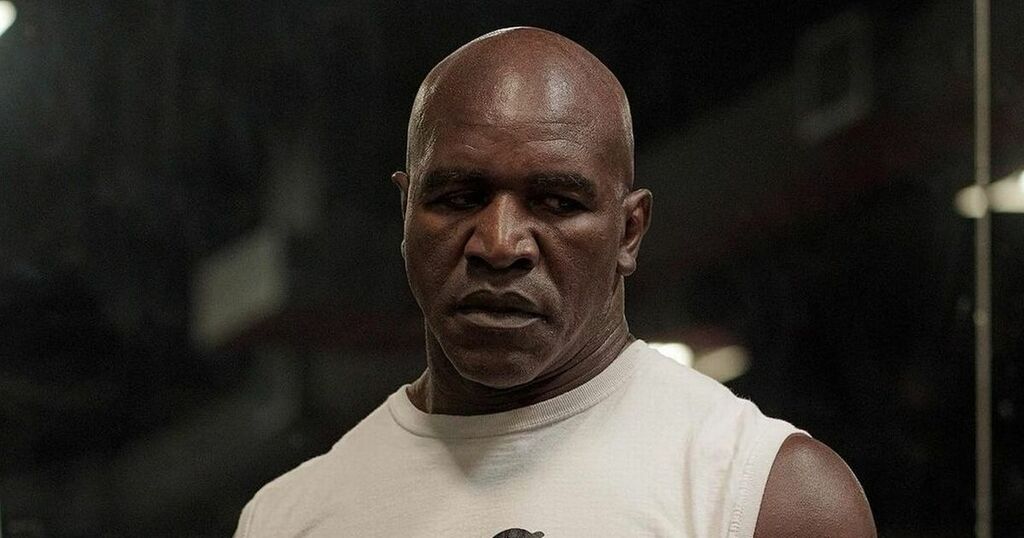 Former US President Donald Trump has been announced as a special guest commentator for Evander Holyfield's ring return against Vitor Belfort on Saturday night in Florida.

Holyfield has stepped into the clash after Mexican legend Oscar De La Hoya was forced to withdraw from the bout after being hospitalised with coronavirus in the build-up to his return.

And the legendary American has not fought since his 2011 victory over Bryan Nielsen that signalled the end of his career, having won 44 contests across the cruiserweight and heavyweight divisions.

And it has now been surprisingly revealed by pay-per-view provider Triller that Trump will be a guest commentator for the clash between Holyfield and Belfort in Florida, alongside his son Donald Trump Jr.

Trump has always had an involvement in combat sports, after staging his own UFC shows in a successful business venture with Dana White, who later backed his second term campaigning for presidential office.

Will Evander Holyfield beat Vitor Belfort? Predict the outcome in the comment section below.

He revealed his delight at being able to commentate on the event: “I love great fighters and great fights,” Trump said. “I look forward to seeing both this Saturday night and sharing my thoughts ringside. You won’t want to miss this special event.”

Holyfield fights under the Triller label that he signed for previously, with the initial promise of a third rematch with former heavyweight rival Mike Tyson who has since withdrawn from his contract.

And the 58-year-old is still keen to make the rematch happen, predicting it would make the pair $200 million due to the high interest.

"My views are you always help people. I try to pass on the goodness that was passed onto me," Holyfield told The Sun. "Where an opportunity is available, I like to make the best out of what I have. I believe if I fought Mike the fight will generate $200million (£145m).

"It will be the biggest fight there is. That’s the honest truth. I think Mike has my message already. If he is going to do it he is, if not then he’s not.

"It’s a decision he has to make now and we both have to be in an agreement.

“I’m not going to tell anybody what I’m going to do – my strategy I’m planning on using against Mike – I don’t want anyone to know.”

The fight against Belfort will now be classified as a professional contest on his record after the card was moved to Florida from California to get the fight sanctioned.

Holyfield's comeback has now been officially confirmed as taking place at the Seminole Hard Rock Hotel and Casino in Florida, with the contest scheduled over eight two-minute rounds.

Triller's Ryan Kavanaugh has now spoken out against Tyson accusing him of "running away" from Holyfield after learning that any contest could count on professional record.

"We have an offer out to Mike," Kavanaugh told Sky Sports.

"We have been told that he is scared to fight Evander. There has been back and forth hoopla, there is a massive payday ready for Mike to fight on Thanksgiving. A massive payday, one of his biggest!

"But we can't seem to push it along. Now I have heard, from a number of reliable sources, that Mike is too scared. He thinks Evander would knock him out."