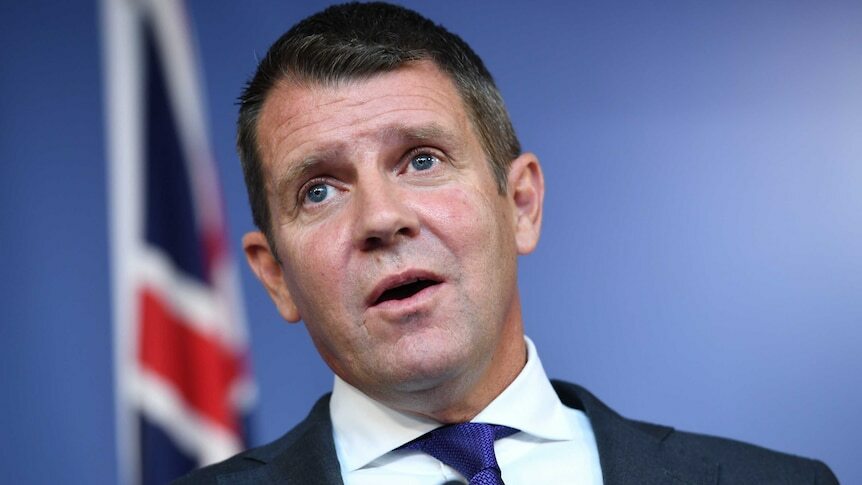 Former NSW premier Mike Baird will give evidence at the corruption inquiry into his successor Gladys Berejiklian next week.

The Independent Commission Against Corruption (ICAC) inquiry will also question Stuart Ayres, the current deputy leader of the NSW Liberal Party, who served as a minister in both the Baird and Berejiklian governments.

The ICAC is investigating whether Ms Berejiklian breached the public trust in awarding two multi-million-dollar grants to community organisations in the Wagga Wagga electorate of former MP Daryl Maguire at a time when she was in a secret relationship with him.

The public hearings begin on Monday and are expected to last two weeks.

Mr Baird, who appointed Ms Berejiklian as his treasurer in 2015, will be among the first witnesses to be called and is expected to give evidence on Wednesday.

Mr Ayres will be questioned on Friday.

Ms Berejiklian is not on the list of witnesses called to give evidence next week.

It's just under two weeks since Ms Berejiklian resigned as premier and saying she would be leaving politics as soon as a by-election could be organised.

She revealed that she was under investigation by the state's corruption watchdog and that she had "no option" but to stand down.

"Resigning at this time is against every instinct of my being and something I do not want to do," she said.

Last year, Ms Berejiklian revealed at the ICAC that, unknown to her family and colleagues, she had been in a relationship with Mr Maguire since 2015.

But Mr Maguire later told the inquiry that the "close personal relationship" began as early as 2013 and continued right up until last year when the ICAC began hearings into his conduct during his time as an MP.

Under questioning at the ICAC, Mr Maguire admitted receiving thousands of dollars in commissions from China for a "cash for visas" scheme.

He also admitted using his parliamentary office and staff to conduct business for his company G8way International, in which he had failed to disclose his interest.

The ICAC heard phone intercepts of conversations between the pair during which Mr Maguire discussed his business dealings.

At one stage, Ms Berejiklian interrupted him: "You don't need to tell me that bit."

In her resignation speech, Ms Berejiklian denied being involved in any corrupt conduct during her time in parliament.

"I have always acted with the highest level of integrity," she said.

"I have absolutely no regrets during my time in public life."