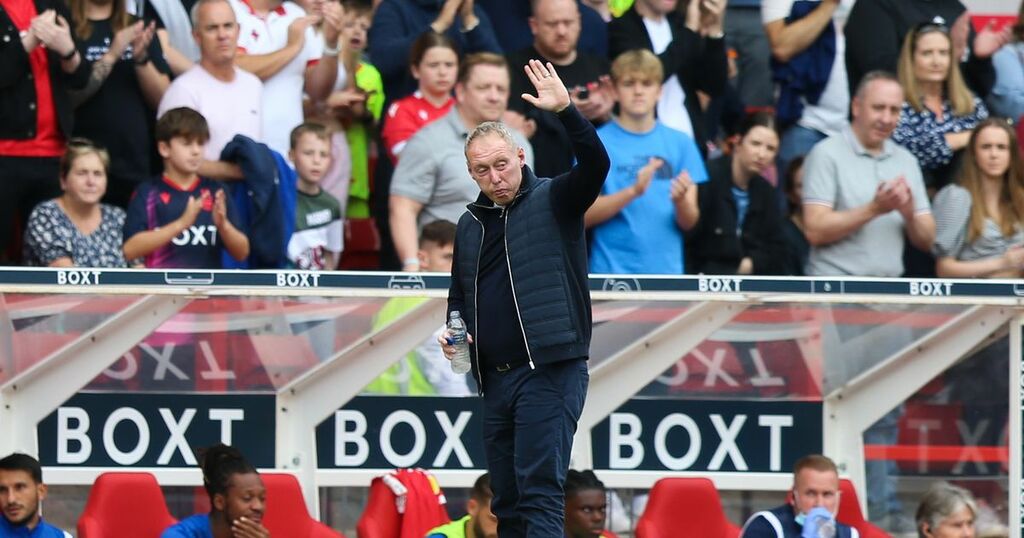 It is a thought uttered by countless Nottingham Forest fans down the years: “Is the club cursed?!”

The play-offs pain. The final day collapse. The more than two-decades absence from the top-flight. The relegation to League One. The managerial merry-go-round.

After the glory days of old, Reds supporters have had to put up with their fair share of misery in recent times.

The hope is that Steve Cooper can be the man to put smiles back on faces - even if some patience might be required.

Ben Osborn came up through the ranks at the City Ground and knows all about the rollercoaster ride on the banks of the Trent. But even he was surprised at what happened on that fateful day in July last year.

Needing just a point against Stoke City to clinch a top six finish and have a shot at Premier League promotion, Sabri Lamouchi’s side fell apart as they were thumped 4-1 by Stoke City.

“I had pre-season with Lamouchi and really liked him. I thought they could potentially do quite well that year,” Osborn told NottinghamshireLive.

“They started fairly well and were top two or three at times. And then they had that horrific end to the season which... I don’t know... it just makes you think, ‘are Forest cursed?!’ at times,” he joked.

“That was just crazy.

“There was a bit of a hangover the next season, then since then it kind of feels a bit like it was when I was there.

“They’ve made a change now and gone down the head coach route with Steve Cooper. I know a few people who have played under him, and they speak very highly of him.

“He’s started really well, so hopefully they can find a bit of consistency now and start working their way up the league.”

Osborn made more than 200 league appearances in the Garibaldi before leaving to join Sheffield United - who were then in the top-flight - in 2019.

He had only a year left on his Forest contract prior to completing a deal believed to be worth in the region of £3-3.5m.

The 27-year-old made his debut for the Reds in March 2014, when Gary Brazil started him in a 1-1 draw away to Ipswich Town.

But perhaps his most memorable moment came the following year, as Osborn sparked wild scenes of celebration from Stuart Pearce on the touchline, thanks to a late winner against arch-rivals Derby County at Pride Park.

The versatile player says he retains a fondness for his old club, which gave him the perfect platform to launch his career due to his time at the Nigel Doughty Academy.

“I’m really proud of my time at Forest actually, with the amount of games I managed to play,” said Osborn, who was speaking at one of his Elite Football Development coaching sessions at Eastwood Community Football Club.

“I loved my time coming up through the academy and the grounding it gave me - it was second to none, I wouldn’t change it for the world.

“I just had so many different experiences with different managers, which now stands me in good stead.

“I wouldn’t really change anything.

“I’m just really proud of the amount of games, and moments I managed to give fans.”

Was it a difficult decision to leave?

“It was tough really,” he added. “I was in the last year of my contract at Forest. A Premier League club came in. That’s been my dream since I was young.

“I thought, ‘this is probably too good of an opportunity to turn down’.

“Forest seemed fairly happy to let me go. I think that kind of made my mind up, or made it a bit easier.

“But it was tough.

“I didn’t really have chance to say goodbye to many people. Next thing you know, you’re in Sheffield in a hotel and that’s you done!”

Sessions are held in both Nottinghamshire and Derby, with the aim “to bring elite level, academy-style coaching to grassroots players”.

Can Cooper bring the good times back to Forest? Have your say in the comments below