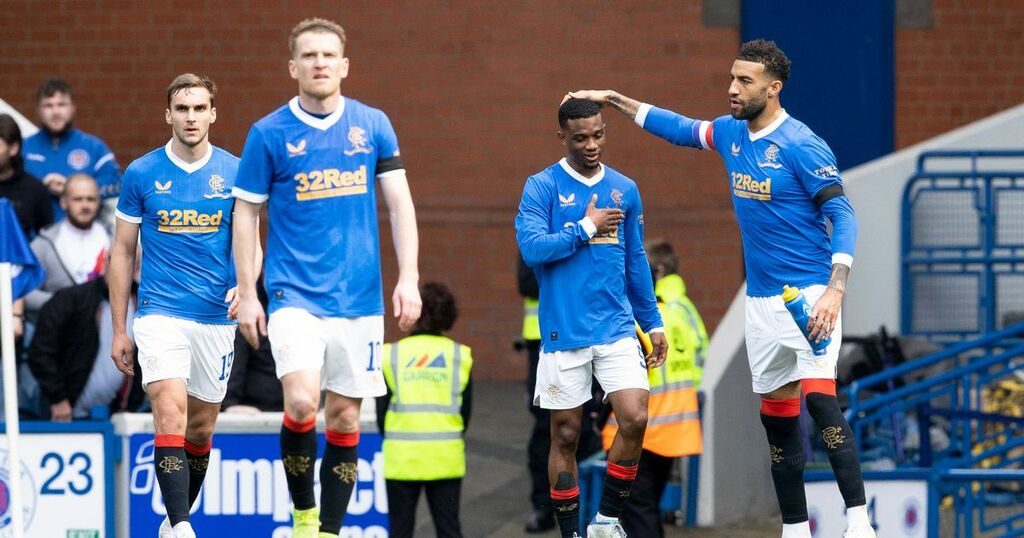 After being a prolific scorer in the Magpies academy, Lewis McNall saw his hopes of making the step-up into senior…

The National (Scotland)
One subscription that gives you access to news from hundreds of sites
Rangers' shot at Europa League glory after sensational Leipzig win: 5 talking points

The Ibrox side booked their place in the final against Frankfurt in Spain thanks to goals from Tavernier, Kamara and…

Newsroom.co.nz
Mikel Arteta speaks out on William Saliba future: ‘He has to come back to Arsenal’

Evening Standard
From analysis to good news, read the world’s best news in one place
Watson Plaintiff: QB’s Denial of Claims Is a ‘Bold-Faced Lie’

When James Tavernier left Newcastle United eight years ago, any dreams he held about achieving European glory would have been considered delusional.

A frustrating stint on Tyneside came to an end in 2014 just six years after his family left Yorkshire to help him pursue his footballing dream. To say he arrived during a turbulent period would be an understatement. Tavernier’s first season in black and white, at 16-years-old, must have caused doubts to creep in over his decision, with four managers, fan backlash, an unpopular owner and an unlikely relegation to the Championship hardly conducive to a prosperous environment.

His time at St James’ Park, for the most part, was spent at other clubs as he was sent on loan six times - averaging one move every season. Even when Wigan Athletic ended his North East nightmare permanently for a pittance, he struggled to make an impact and was shipped out temporarily again.

A phone call from Glasgow, however, would soon change everything.

Rangers, by all accounts, are a behemoth of a football club. It may seem difficult to imagine for anyone living south of the Anglo-Scottish border, but the Teddy Bears - and bitter rivals Celtic - are the real deal. Ibrox and Parkhead boast the best atmospheres in the UK; only the influx of wealth since the Premier League’s inception has the two clubs trailing their English counterparts globally.

In 2015, Rangers took a punt on Tavernier in a double swoop, with Wigan teammate Martyn Weghorst also heading north. The right-back immediately became a cult hero at Ibrox, scoring a free-kick on his debut - a dead-ball ability he would later become synonymous with. After winning Player of the Month in October that year, the former Magpies man admitted his confidence was shot before moving to Rangers.

However, with the "Blue Cafu" now dubbed as his moniker, Tavernier’s impressive form continued and the adulation received from Gers supporters heightened. Since securing promotion to the top flight in his debut season - four years after Rangers’ relegation to the fourth division due to financial struggles - the defender has gone from strength to strength.

Steven Gerrard named him captain in 2018 - a tangible recognition of his resurgence. Guiding Rangers to a historic league title to halt Celtic’s 10-in-a-row celebration immortalised Tavernier, at this point a Teddy Bears legend.

The unbeaten league triumph looked set to be the apex of his Rangers career. However, on Thursday night, the 30-year-old went one further. German heavyweights RB Leipzig strolled into town with one foot in the Europa League final but a buoyant Ibrox crowd were never going to make qualification a formality.

Tavernier opened the scoring to send the stadium into raptures on 18 minutes. Astonishingly, this strike puts him top of the competition’s Golden Boot charts with seven - highlighting his bizarre goalscoring prowess.

An enthralling contest concluded with John Lundstram firing a late winner to book Rangers a historic date with destiny on May 18, against Eintracht Frankfurt, in Seville. As Tavernier stood in front of the Bill Struth Main Stand, with 50,000 Gers supporters bouncing to Belinda Carlisle - Heaven Is A Place On Earth, his redemption arc was complete.

In 12 days, the former Newcastle introvert has a chance to put the cherry on top of a truly commendable career.

After being a prolific scorer in the Magpies academy, Lewis McNall saw his hopes of making the step-up into senior…

The National (Scotland)
One subscription that gives you access to news from hundreds of sites
Rangers' shot at Europa League glory after sensational Leipzig win: 5 talking points

The Ibrox side booked their place in the final against Frankfurt in Spain thanks to goals from Tavernier, Kamara and…