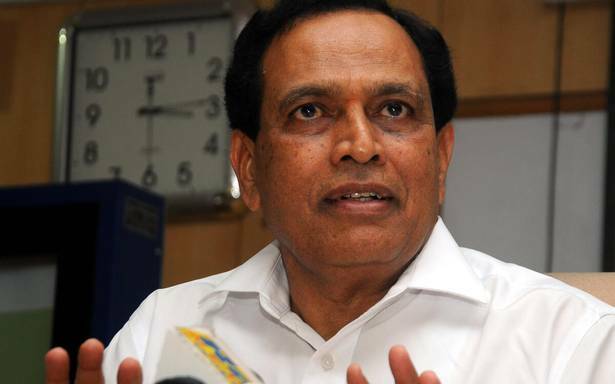 Former minister and Congress leader Kimmane Rathnakar will stage a hunger protest on January 30, Mahatma Gandhi’s death anniversary, demanding a CBI probe into the death of a minor girl in 2014 that had led to a high-decibel war of words with his rival Araga Jnanendra, who now holds the Home portfolio in Karnataka.

Speaking to mediapersons in Shivamogga on January 10, Mr. Rathnakar said the 14-year-old girl had died on October 31, 2014. Her father had complained to the police that she was forced to consume poison.

Leaders of the BJP had blamed Mr. Rathnakar for the death. The then Congress government ordered a CID probe but the BJP did not accept the outcome of the inquiry.

“The BJP had targeted me. BJP leaders had passed all sorts of comments about me. Then BJP national president Amit Shah had met the girl’s family in 2018. Now, Jananendra is Home Minister. Let the matter be handed over to the CBI. If the CBI finds that I had a role in the girl’s death, I will quit active politics,” he said.

The former Minister will stage a one-day hunger protest in front of Gandhi’s statue in Thirthahalli on January 30.

Mr. Rathnakar, who was elected from Thirthahalli, was Minister for Primary and Secondary Education in the Siddaramaiah-led cabinet at the time of the incident.

Referring to Araga Jnanendra’s comments on the Congress party’s padayatra on the Mekedatu issue, Mr. Rathnakar pointed out that the Home Minister had participated in a festival in Thirthahalli, which had attracted a huge gathering. “But, he expects other people to follow Covid-19 rules and curfew in other places. There was no clarity on the guidelines among the ministers,” he said.