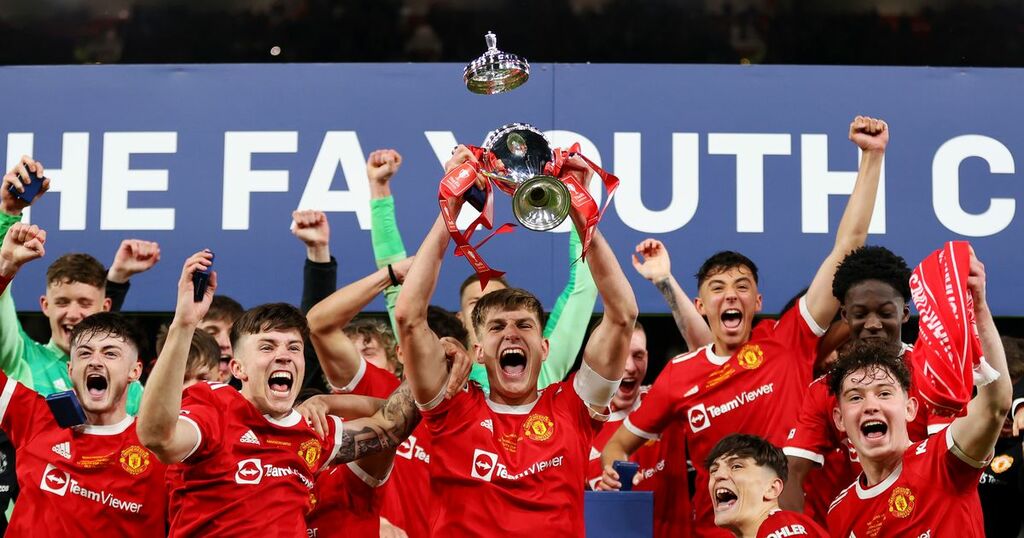 Manchester Evening News
One subscription that gives you access to news from hundreds of sites
'A lot of us are fans. You've got to fight' - Manchester United FA Youth Cup heroes explain how they ended the club's drought

Joyce was on the opposite side as his Nottingham Forest side lost to United’s U18s in the final at Old Trafford on Wednesday. The Reds’ current crop of youngsters ended an 11-year wait for the trophy as they won 3-1 thanks to Alejandro Garnacho’s double after Rhys Bennett saw his opener cancelled out by the visitors.

The victory provides a bright end to what has been a dismal season for United, with the senior team’s decline continuing in the Premier League. The youngsters’ cup win though is hoped to provide the club with a springboard for future success.

The club’s newest trophy winners will be aiming to emulate some of the success enjoyed by the Class of 92, who of course went on to drive United to a period of domination under Sir Alex Ferguson. Joyce believes Wednesday’s victory could be the platform for United to begin their rebuild.

"Once they've won one, they want to win the next one, then the next one. So those habits you try to instil into players because you've seen what the very best looks like and you know what people need to have if they're going to compete with the very best.

"The people and teams who are serial winners are different to everyone else in football so those standards have got be really hard in training and you've got to be demanding every single minute of every single day and they don't get the respite.

"These are the things you try to instil into players so you believe and you know that is what winning looks like. Winners find a way to win. They've got a pride when everything is equal, they can still find a way to win.”

Manchester Evening News
One subscription that gives you access to news from hundreds of sites
'A lot of us are fans. You've got to fight' - Manchester United FA Youth Cup heroes explain how they ended the club's drought