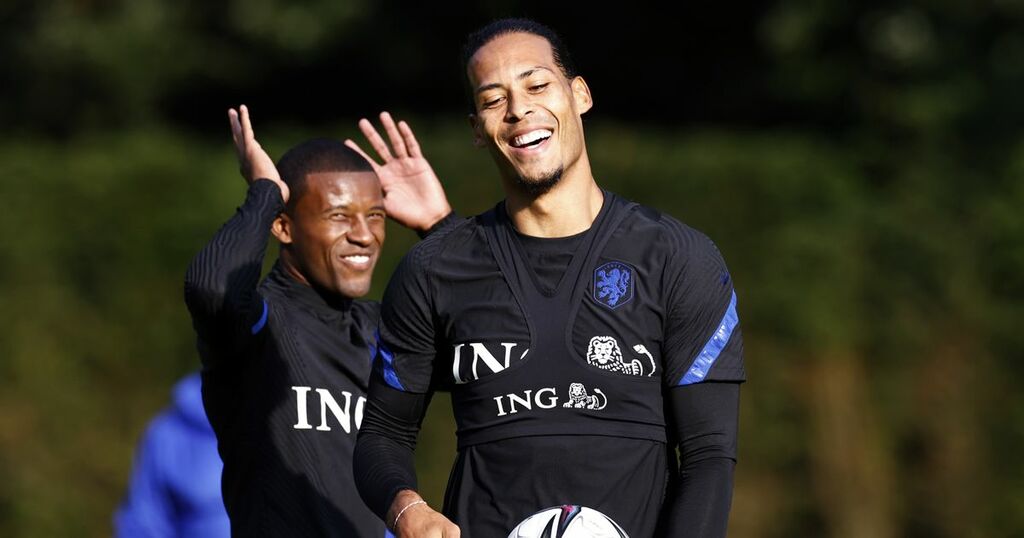 Georginio Wijnaldum believes his former Liverpool teammate Virgil van Dijk deserves to be ranked among the best three players in the world.

The 30-year-old left the Reds this summer to join PSG, where he now lines up with Lionel Messi, and the Dutchman admits that defensive players often get overlooked in individual awards.

Wijnaldum was a pivotal part of the Liverpool team that won both the Champions League and Premier League under Jurgen Klopp, while playing in all 38 league games last season.

When asked who the current three best players in the world are, the midfielder was open in his praise of van Dijk - but also gave a surprise mention to one of his new colleagues at PSG.

“Everyone says Messi and [Cristiano] Ronaldo because they have dominated the game for 15 years, and the third player is always different,” he said in an interview with FIFA .

“When you talk about the best players in the world, people automatically say midfielders and attackers, but we also have great defenders.

“Virgil van Dijk is up there. I now play with [Marco] Verratti at PSG and he’s phenomenal.

“People won’t say him because his role is not to score lots of goals and get lots of assists, but what he does in training and on the pitch is magnificent.”

Verratti has been a talismanic player for PSG for many years, but few would have guessed that Wijnaldum would hold the midfielder in such high-esteem.

The 28-year-old overcame injury to play an important part in Italy’s journey to win the Euros this summer and has won every domestic honour with his club, narrowly missing out on the Champions League in 2020.

However, having played with Van Dijk for both club and country, Wijnaldum’s plaudits for the commanding centre-half did not end there.

“Some people want to see a centre-back who’s good on the ball,” he said.

“Virgil has all of that. He’s definitely up there with the very best.