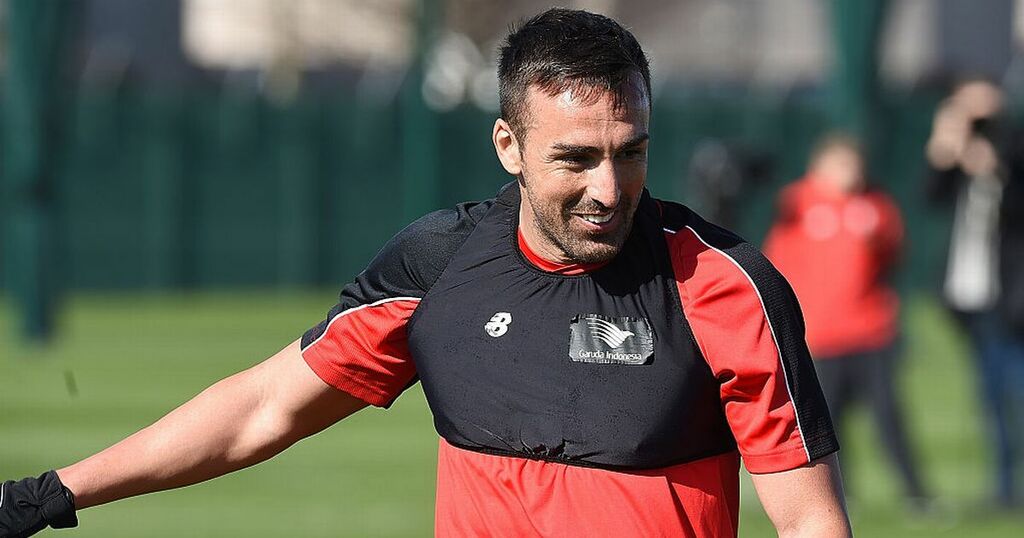 Ronaldo reported for training at Old Trafford earlier this week after making his sensational return to United last month.

The Portugal star was pictured alongside Solskjaer at Carrington, United's training base, as he prepares for a potential second debut this weekend against Newcastle United.

But the image was ridiculed by Enrique and Liverpool fans on Instagram.

The former Reds defender captioned the image with a cheeky message, poking fun at Solskjaer's trophy drought over his three-year spell in charge at United.

He shared the image of the pair along with the caption: "Ronaldo: I look forward to winning trophies with you.

The Spaniard also posted a number of laughing emojis, much to the delight of Liverpool fans.

Enrique started his Premier League career at Newcastle before a £7million switch to Anfield in the summer of 2011.

The Spanish full-back was a mainstay in the Reds team during his debut season, racking up 35 league appearances under then-boss Kenny Dalglish.

However, his career on Merseyside stalled soon after.

He made just 41 more appearances over the next four seasons at Anfield before leaving at the end of his contract.

The 35-year-old spent a year with Real Zaragoza before retiring in September 2017 due to a persistent knee injury.

Who will finish higher in the Premier League this year - Liverpool or Man Utd? Comment below.

Ronaldo's return has ramped up the expectation at Old Trafford, with Solskjaer under pressure to deliver a trophy after big backing this summer.

As well as recapturing the Portugal star, the Norwegian has splashed out in excess of £110m to snap up Jadon Sancho and Raphael Varane.

Solskjaer is yet to win a trophy since he took charge at United - but that's something that Ronaldo is keen to help change.

“This is why I am here,” Ronaldo told the club's website.

“I am not here for a vacation. As I told you, before was good, winning important things and I wore the shirt before many years ago, but I am here to win again.

Despite expectations being heightened by Ronaldo's arrival, Solskjaer doesn't seem to be losing any sleep about it.

The pair played briefly together during the 36-year-old's previous spell at United before his dream transfer to Real Madrid.

And Solskjaer is adamant that the Portuguese ace will be worth his weight in gold both on and off the pitch as he prepares to feature against Newcastle this weekend.

He said: "I have no doubt that he will continue to impress us all and his experience will be so vital for the younger players in the squad.

"Ronaldo’s return demonstrates the unique appeal of this club and I am absolutely delighted he is coming home to where it all started.”