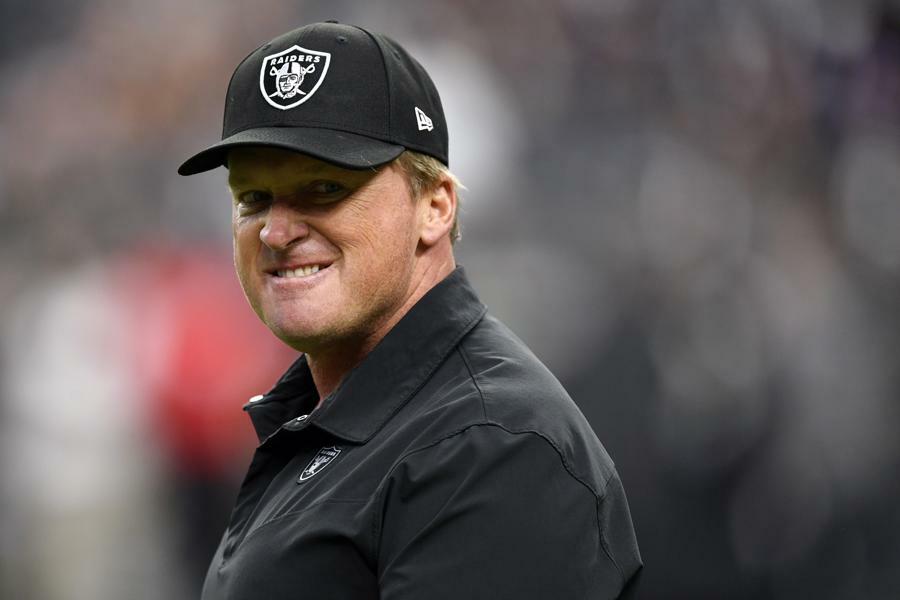 First of all, why is anybody surprised? That refers to Jon Gruden, along with to everything and to everybody surrounding the latest example showing sports is just a microcosm of society.

Which isn’t a compliment, by the way.

Gruden had to resign, get fired, or do whatever it took Monday to make the Las Vegas Raiders search for a new head coach.

Gruden isn’t the only one.

Around the time Gruden signed a 10-year contract worth $100 million in January 2018 to coach the Raiders, the New York Times said he ended a seven-year stretch sending misogynistic and anti-gay emails to Allen and to others.

Who are the “others,” and why didn’t they say anything back then in public about Gruden’s less-than-gracious thoughts about a slew of folks, and how come those “others” have remained silent?

Just this summer, a group of Black NFL players filed a civil rights lawsuit against the league over its practice of race-norming, which the NFL halted (surprise, surprise) after the lawsuit.

The practice resulted from the NFL’s $1 billion settlement of brain injury claims to all of its players. The league gave smaller amounts to Black players due to race-norming, which assumes Black players begin their NFL careers with lower cognitive functioning.

Or what about this?

In October 2017, ESPN.com exposed the inner thoughts of the late Bob McNair of the Houston Texans, when he told his fellow NFL owners during a meeting about players kneeling during the national anthem to protest social injustice "we can't have the inmates running the prison."

During that same meeting, ESPN.com gave the following details of a conversation between Buffalo Bills owner Terry Pegula with retired wide receiver Anquan Boldin, who retired to focus on social activism:

“At one point, Buffalo Bills co-owner Terry Pegula, moved by Anquan Boldin's story about his cousin being shot and killed by a police officer, complimented him on how impressive he was but kept calling him 'Antwan.' Then Pegula suggested that Boldin would be the perfect NFL spokesman on social issues not only because he had walked away from the game to pursue causes but because, the owner said, it couldn't be a 'white owner but needs to be someone who's black.'"

Which brings us to this: In 2009, Gruden began his decade at ESPN, where he did everything from Monday Night Football to NFL Draft day analysis to running his own televised quarterback camp.

Which means Gruden isn’t afraid to give his opinions.

Which means Gruden might have flapped his tongue about a whole bunch of ugly things during his coaching stints from 1986 through 1989 in the college ranks (Tennessee, Southeast Missouri State and Pacific).

Which means Gruden might have shared his world view to “others” on more than a few occasions throughout his NFL coaching career that stretched from 1990 with the San Francisco 49ers (followed by a year at the University of Pittsburgh) to the Green Bay Packers in 1992 through 1994.

We’re not hearing from those “others,” though.

Which means, regarding that Jon Gruden talk, they were listening and might have been agreeing.