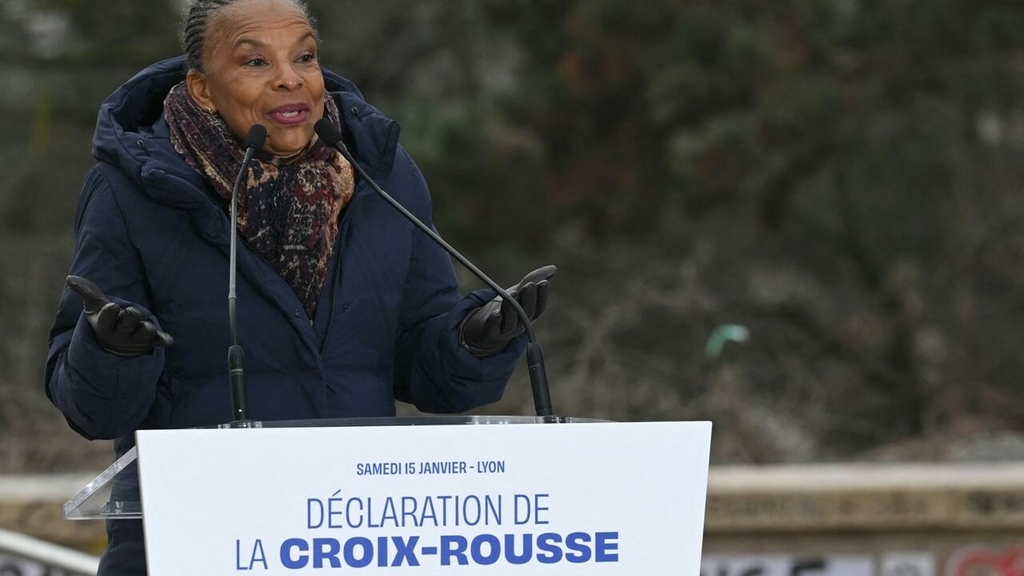 France's former minister Christiane Taubira on Saturday officially launched her bid for April presidential elections during a rally for the union of the left in Lyon.

"I'm committing myself here before you because I share your aspiration for another kind of government," the former minister under Socialist President François Hollande (2012-2017) told supporters in Lyon at the official launch of her campaign.

The 69-year-old, born in the French South American territory of Guiana where she served as an MP, is admired on the left after fighting for a law recognising the slave trade as a crime against humanity, and for piloting same sex marriage onto the statute books in 2013 as justice minister.

"We will do all of this together, because that's what we're capable of," she told a cheering crowd brandishing signs reading "With Taubira".

But she risks becoming just one among six candidates scrambling for votes among the roughly 30 percent of the electorate that leans left.

A January poll credited Taubira with around 4.5 percent support.

On the right, three challengers -- conservative Valerie Pécresse, traditional far-right leader Marine Le Pen and insurgent TV pundit Eric Zemmour -- have some prospect of taking on incumbent Macron in the election's second round.

Taubira's backers argue that she has the power to stoke "ardour" among left-wingers, who have been the biggest losers from the collapse of the traditional left-right political divide since Macron's 2017 presidential win.

The former minister "wants to be the antidote to the weariness among left voters, who can't stand any more fragmentation," said Christian Paul, a Taubira supporter and mayor of the small town of Lormes in central France.

One tool Taubira has bet on is a so-called "People's Primary" that will crown the favoured left-wing candidate of around 120,000 registered voters.

But while she has pledged to respect the result, the other candidates have refused to sign up to the process.