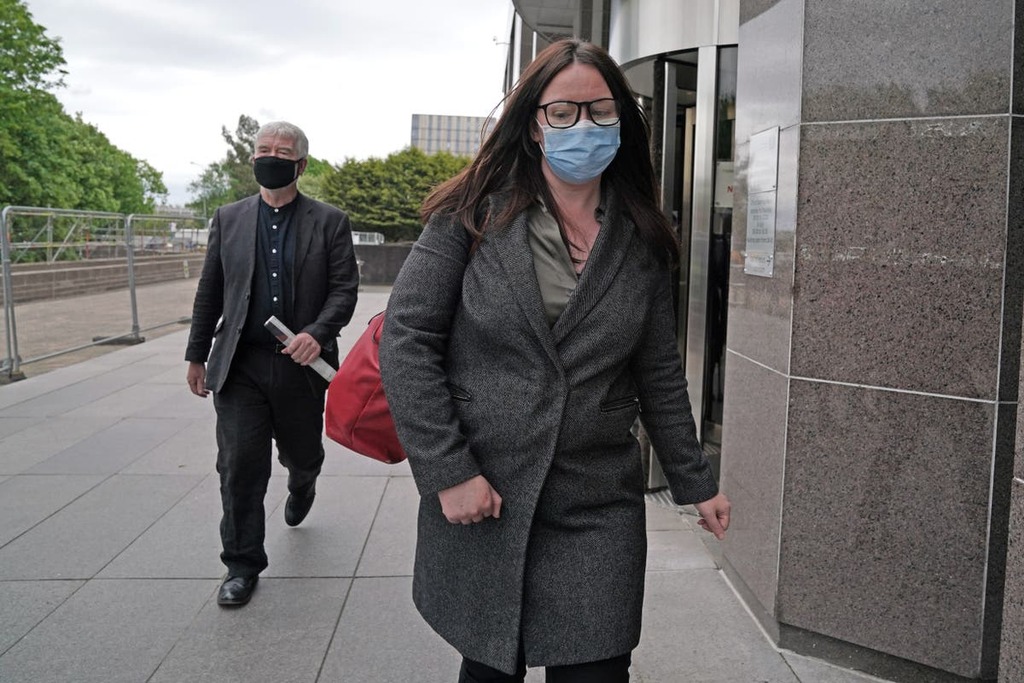 Ex-MP Natalie McGarry guilty of embezzlement in ‘significant breaches of trust’
The former Glasgow East MP has been found guilty of embezzling just under £25,000 from two pro-independence groups.

Daily Record
One subscription that gives you access to news from hundreds of sites
Natalie McGarry: From high-flying Westminster career to embezzlement conviction

McGarry now faces jail again after an earlier conviction for the crime was quashed by appeal judges in 2019.

The 41-year-old former MP for Glasgow East embezzled the cash despite receiving thousands in sums from family, friends and colleagues.

Jurors heard how McGarry needed a loan from Health Secretary Humza Yousaf to pay her rent in 2014.

McGarry’s bank account showed WFI money coming in and almost immediately going out - spent on rent, takeaways, grocery shopping as well as a holiday to Spain.

McGarry often complained about being "skint" despite her then £67,000-a-year Westminster salary in 2015.

She also received £15-20,000 over three years from dad Brian as well as thousands from aunt - former presiding officer - Tricia Marwick.

McGarry was eventually caught in 2015 after a financial probe into an independence group where she was treasurer.

She was convicted by a jury at Glasgow Sheriff Court of two charges of embezzlement after three hours of deliberations.

McGarry had earlier pled guilty to similar charges in 2019 and was sentenced to 18 months.

But, her attempts to withdraw her guilty plea failed and a later appeal was upheld by judges.

She was then re-indicted by the Crown and stood trial for the last six weeks.

WFI raised more than £27,700 from three online crowd funders between April and November 2014.

A "distressed" McGarry was loaned money meantime from Health Secretary Humza Yousaf who heard that she was going to be evicted that day.

Mr Yousaf said in evidence: "There was a reason her and her partner didn’t have access to the funds.

"I offered to give her a loan of funds about the £600 mark from the bank across the road.

"I made the transaction and the money was returned roughly in the timescale."

McGarry remained in control of WFI finances as more money from further fundraisers and a donate button continued to fill her bank account.

The jury was shown a bank statement in which McGarry's personal account had a balance of £10.74 - later topped up by a PayPal transfer of £1,700.

A £1,000 rent payment was then seen to come off the account the following day.

WFI also footed the bill for part of McGarry's five-year Amigo Loan of £5,000 as well as her Tesco and Asda trips and purchases on Just Eat.

McGarry who had "no regular income" also went on holiday with partner David Meikle to Spain with another couple during this time period.

Prosecutor Alistair Mitchell said to the jury in his closing speech: "The extravagance doesn't matter: she took it dishonestly, it doesn't matter if it was £20 or £20,000.

"Evidence was showing money was being used from WFI for purchases of that sort."

A similar collection for a Perth foodbank was also not handed over.

McGarry continued her WFI treasurer role even when she became an MP in spring 2015.

Her constituency office manager Rachel Mackie recalled: “She made a fortune, she was on a good salary and her partner was a councillor, she would be in the office complaining about being skint all the time.”

McGarry was meantime treasurer and convenor of the GRA where she was in sole control of the finances.

McGarry was seen to make cheques out to herself - one notably for £2,000 to pay for media training for election candidates which the company did not receive.

She also kept refunds from parliamentary expenses body IPSA including £600 for a constituency office survey and a £500 election deposit.

McGarry meantime paid the survey firm and Shettleston SNP from the GRA purse.

McGarry had been handed pre-signed blank cheques to make such payments as well as others out to cash.

A WFI colleague stated to the jury that McGarry's financial report at a 2015 AGM was "gobbledygook" and "not up to scratch."

An overall total of £66,029 was put into her account from WFI sources.

A WFI financial probe in late 2015 discovered an income and expenditure gap of £31,824 and the matter was reported to the police.

McGarry's house was raided by officers in May 2016 where a warrant was read through a door to McGarry who "took refuge" in her bathroom.

She "categorically" denied wrongdoing during her six days of evidence.

McGarry stated that she was "overwhelmed" with doing the "donkey work" for WFI.

She added that the money she had spent was for reimbursements for earlier payments she had personally made for WFI and the GRA.

McGarry sobbed in the witness box when she said: "It’s been the most hellish experience I can possibly imagine.

“Having my whole life ripped apart when I hadn’t done anything wrong.”

Her defence counsel Allan MacLeod put it to several witnesses that McGarry was "spinning a lot of plates" at the time.

Mr Mitchell made a motion of confiscation for proceeds of crime.

Sentence was deferred pending background reports until next month by sheriff Tom Hughes.

He said: "As a result of all the available information to them and your involvement in working with these organisations, you were successfully nominated for potential election on two separate occasions.

"You were successfully a member of parliament and as all this was going on the jury established you were involved in embezzling funds from these organisations - this was a very serious breach of trust which the organisations placed on you."

McGarry had her bail continued meantime.

Ex-MP Natalie McGarry guilty of embezzlement in ‘significant breaches of trust’
The former Glasgow East MP has been found guilty of embezzling just under £25,000 from two pro-independence groups.

Daily Record
One subscription that gives you access to news from hundreds of sites
Natalie McGarry: From high-flying Westminster career to embezzlement conviction