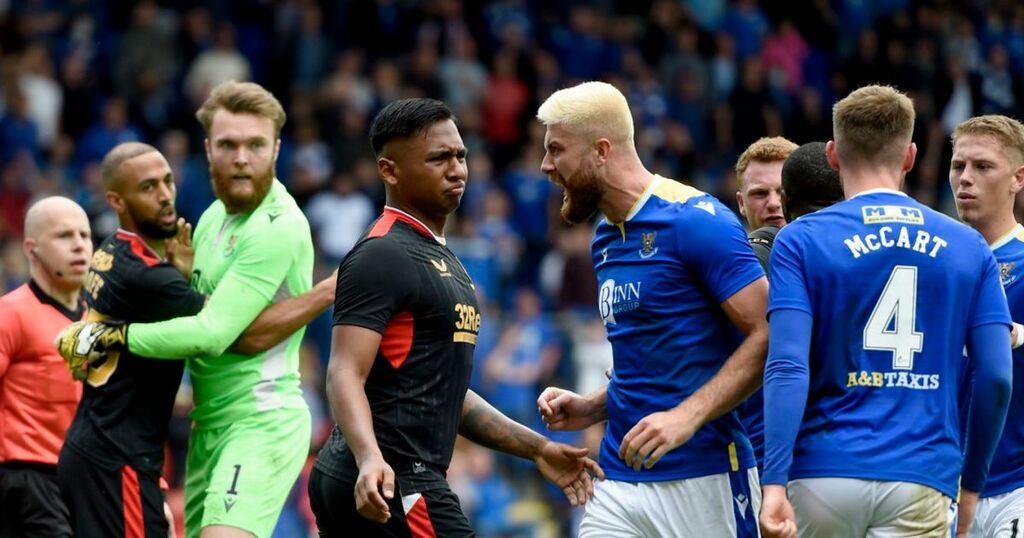 Rangers pair Kemar Roofe and Alfredo Morelos were shown yellow cards while St Johnstone’s Shaun Rooney and Liam Craig were also booked after a coming together.

The incident happened after Roofe had equalised from the penalty spot, with the Jamaican international and Craig coming together.

Morelos then ran in to help his team-mate while Rooney got involved for St Johnstone and Collum made the decision to book all four.

And Hackett reckons that was probably the right call as he admitted the players would have been lucky to avoid a booking.

Craig has been criticised by Rangers fans for how he dropped to the ground with little contact with many feeling he was attempting to get either Morelos or Roofe sent off.

And speaking about Morelos, Hackett told Ibrox News : “If he wasn’t carded, he’d have been lucky. I wouldn’t give him any more than that.

“The reaction, and how the referee has dealt with it, is a great learning curve for any young referee. My compliments to the referee. He’s a top referee.”