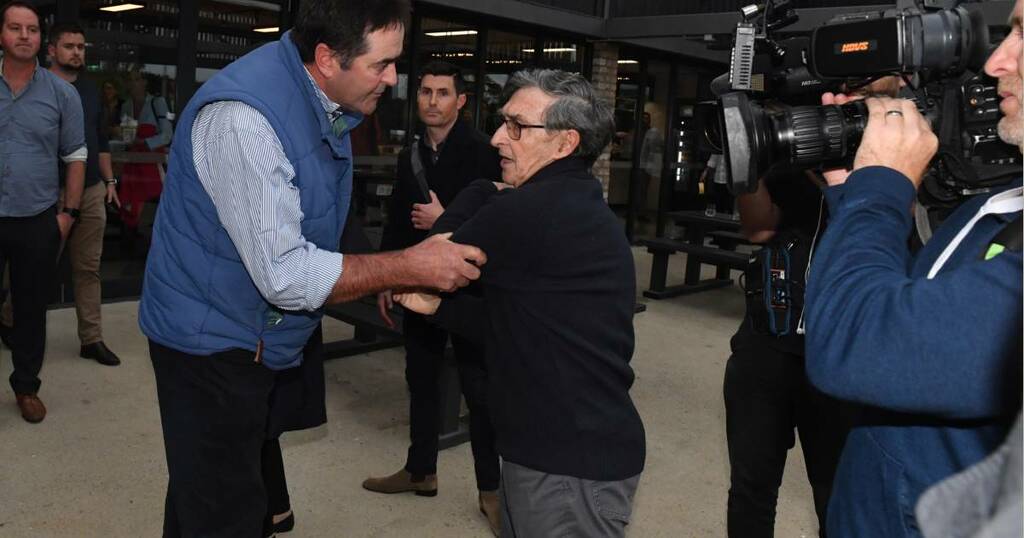 AAP
Get all your news in one place
Latest Politics news:

Did Australia just make a move to the left?
Political commentators often use the idea of a political spectrum from left to right as shorthand for understanding political ideologies,…

The Conversation
Read news from The Economist, FT, Bloomberg and more, with one subscription
Learn More
On the Pacific, the new government must be bold and go big. Here's how the repair work could begin

InnovationAus
The urgent need for a ‘coherent industry portfolio’

Former envoy shuffled away from Morrison

A former high commissioner to the Solomon Islands says he was "mishandled" by Scott Morrison's security when he tried to confront the prime minister in northern Tasmania.

Mr Morrison was visiting a cafe on Thursday afternoon when Trevor Sofield, the nation's second high commissioner to the Pacific island country, tried to speak to him about Australia's failure in regional security, saying the government "completely lost the plot".

A scuffle broke out, with the 78-year-old being physically dragged by the elbow off the property by Mr Morrison's security.

"I was mishandled, I was pushed, I was shoved," he said.

"What sort of election and what sort of country you've got when a personal citizen can't talk to a prime minister, who is meant to be on a goodwill visit to meet the electorate.

"I'm denied the opportunity and I object very, very strongly."

He said it showed democracy to be in a pretty poor state.

"I was physically touched ... and the owner wrapped his arm around me as I tried to go up to the prime minister," Mr Sofield said.

"He came out here and just simply pushed me out of the way.

"What the heck is going on? It's a free country, I'm in a public space where the public are invited."

Mr Sofield, who was the high commissioner for four years in the 1980s, said he overheard one of the security members telling the business owner to remove him.

Mr Morrison was hurried off into a car out the front of the venue before being driven away.

Mr Sofield said the signing of the security deal between the Solomon Islands and China amounted to a failure in foreign policy by the Morrison government.

He also blasted the government for not sending Foreign Minister Marise Payne to the Pacific country when it found out the deal was in the works.

Mr Sofield said the Morrison government had lost his vote over the inking of the security pact.