Barrister and former DUP MP Emma Little-Pengelly has been co-opted as the new MLA for Lagan Valley.

But earlier this week he indicated that he would not sit as an MLA in Stormont and instead intends to remain at Westminster as an MP until the Northern Ireland Protocol has been resolved.

The DUP leader previously said he was committed to leading the DUP into political institutions at Stormont, however, questions had remained over whether he would stay on as an MP or take up his mandate to be an MLA for Lagan Valley.

He had eight days to co-opt a replacement and the Electoral Office of Northern Ireland confirmed Mrs Little-Pengelly's appointment on Thursday afternoon.

In a statement, Sir Jeffrey Donaldson said: “The people of Lagan Valley and throughout Northern Ireland gave me a mandate, based on a commitment that we will not nominate Ministers to a new Northern Ireland Executive until the issues flowing from the Northern Ireland Protocol are satisfactorily dealt with and Stormont is able to return on a stable and durable basis.

“I will continue as the Member of Parliament for Lagan Valley until the Protocol issues are resolved. It is important that the Protocol is replaced with new arrangements that respect Northern Ireland’s place within the United Kingdom and as the leader of Unionism that work is in London.

“In the interim period I have asked Mrs Emma Little Pengelly to represent people in the Lagan Valley constituency at the Northern Ireland Assembly. Emma will be a first class advocate for people and will work hard to advance the issues that matter to everyone in Lagan Valley. Emma is again stepping forward to help articulate the cause of the Union and I welcome her return to our ranks.”

Mrs Little Pengelly previously served the party as a senior special adviser and was elected as MP for South Belfast from 2015-17 before losing the seat to the SDLP's Claire Hanna.

She has most recently been working as a barrister in Belfast.

She said this afternoon: “Sir Jeffrey Donaldson has an important task to complete in addressing the continued problem of the Protocol, which is causing untold damage to our economy and to political stability in Northern Ireland. This requires him to be in London and working closely with the UK Government.

“Consequently I have agreed to fill his seat in Lagan Valley, at this time, both to support this work and to ensure a continued high level of support and service to the constituents of Lagan Valley.

“It is a privilege to be asked to fulfil this role at this important time for Unionism and for Northern Ireland. While Sir Jeffrey focuses on that immediate task, I look forward to serving the people of Lagan Valley with passion and commitment.”

Her appointment comes a day before the Assembly is due to have its first sitting following an historic election result, which saw Sinn Fein become the first nationalist or republican party to top the poll.

Sinn Fein are entitled to nominate the first nationalist or republican First Minister.

The DUP will decide on Friday whether to nominate a Speaker for the Stormont Assembly, Sir Jeffrey has said.

The party said it will not nominate ministers until the UK Government acts over issues with the Northern Ireland Protocol.

And if the party decides to block the election of a Speaker it will essentially prevent the Assembly from carrying out any business.

Ms O'Neill said there is no reason for a new Stormont speaker and Executive not to be formed on Friday. 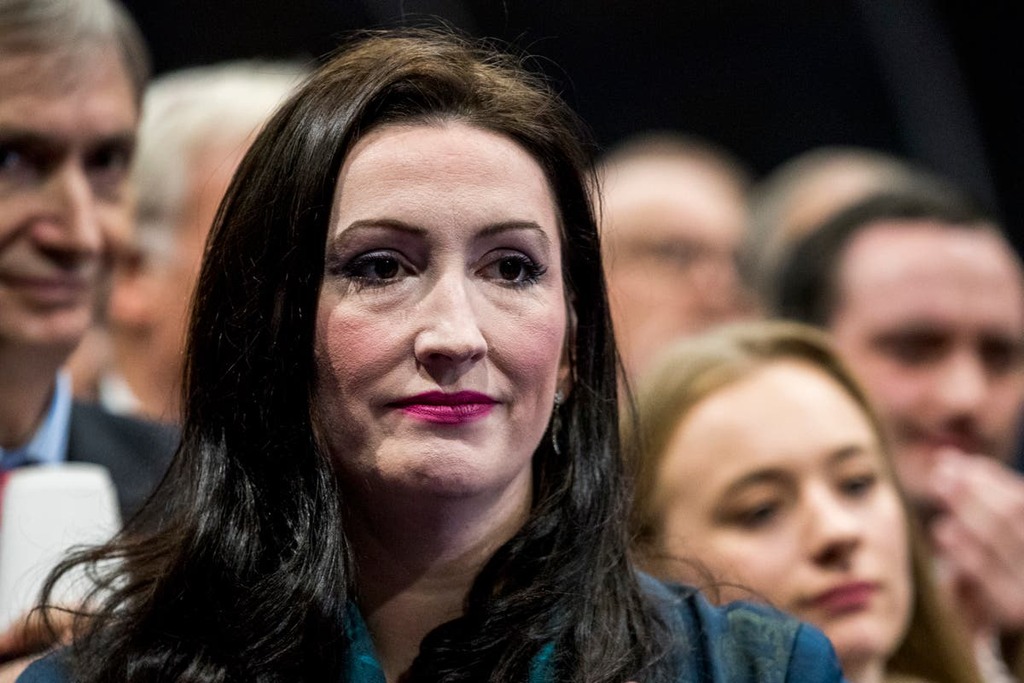