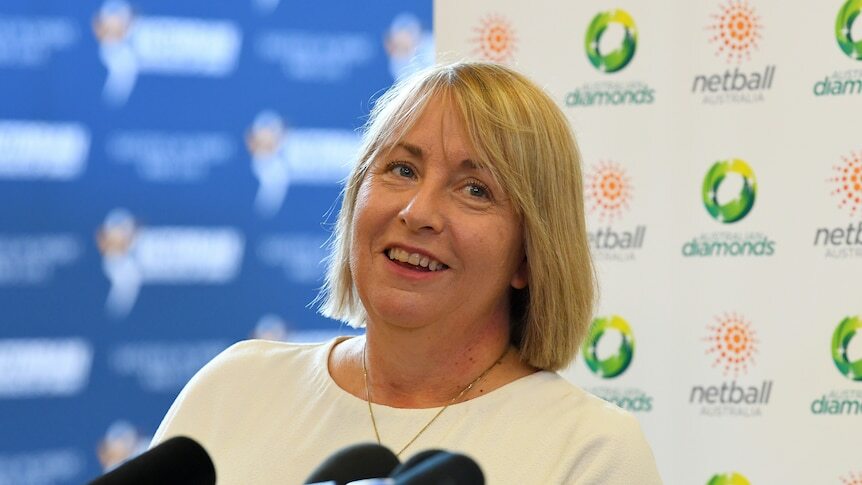 Lisa Alexander has always been focused on developing the talent in Australian netball, but the next step in her career will see her switch teams.

A former state representative of Victoria in her playing days, Alexander worked as a coach with the Melbourne Phoenix, the Adelaide Thunderbirds, and the under 21s national side in her rise to the role of Diamonds coach.

By the time she finished up, after almost a decade at the helm, Alexander was the most capped national netball coach in history (102 Tests), boasted an 81 per cent winning record, and had claimed two gold medals at the 2014 Commonwealth Games and 2015 Netball World Cup.

In any other sport, a silver medal would have also been a cause for celebration, but after the Diamonds lost both the 2018 Commonwealth Games final to England and 2019 World Cup final to New Zealand by a single goal, second place signalled Alexander's downfall.

Netball Australia's high expectations meant it did not renew her contract, and in 2020 the national sporting organisation and coach parted ways.

Despite this, the Diamonds never dropped below their number one world ranking.

At the time, Alexander was vocal about how the unlimited cap on imports in Super Netball was helping other countries to benefit from our high-performance pathways.

It's a stance that may seem ironic now one of the best Australian coaches is headed to England to enhance their game.

Appointed on Friday as the new head of high performance and assistant coach for the London Pulse, Alexander is moving to the northern hemisphere to work for at least two years in the UK Superleague environment.

Speaking with the ABC, Alexander said she could understand why people might think she was jumping ship, but she said her allegiance to Australia would not be lost in the move.

"Probably half the people do view it that way, especially the traditionalists, but what Australia does is still very important to me," she said.

"Part of the advantage of me being there is to help grow world netball, but it could also potentially be an opportunity for young Australian talent to get a contract.

"I'll be learning about the English systems while potentially sharing my knowledge with other sports like rugby and football too, so it's not all going to be one way, and it's a great opportunity for me to spread my wings in a different area."

Alexander will also take charge of the Pulse's under 21s team, which plays a condensed junior version of the Superleague competition at a different time, allowing Alexander to fulfil the multi-faceted role.

"Definitely working with the young talent was a big drawcard," she said.

"It probably comes from my teacher background, previously looking after the students in year 12 where you try and push them to a certain level, before they go off the university and fly … that part of the role is what I'm really looking forward to."

The London Pulse is a privately owned club that was established in 2016 and first entered the Superleague in 2019.

In their inaugural season, they finished with the wooden spoon, and in their second they finished eighth out of 11 teams, showing slow and steady progress under the guidance of chief executive officer and head coach Sam Bird.

Meanwhile, the league itself has had some major developments in its TV deal this year, with Sky Sports and England Netball broadcasting every match live for the first time.

There have also been a number of improvements to venues and facilities for Superleague teams.

"In the past when I have been to England, you could see the potential for how big netball could be and I always thought that they really could be a world force in netball if they were to systemise their pathways and academies," Alexander said.

"That way they may not have to head to Australia to play."

Despite the big move overseas, Alexander said she had not given up on her dream to coach in the AFL one day.

She also has not ruled out a return to Australian netball in the future.

"If that happens to be in the AFL, who knows, maybe in two years time they'll be more open to it.

"Although it may feel like I'm rapidly running out of time, there are plenty of coaches over the age of 60 and I think I'm becoming a better coach the older I get."