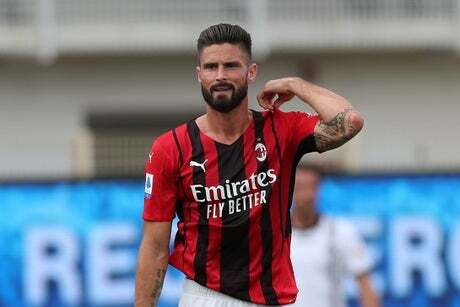 Olivier Giroud has opened up on why he had to leave Chelsea.

The 34-year-old French striker joined AC Milan over the summer after finding himself on the sidelines under Thomas Tuchel.

Giroud was a popular figure at Chelsea after joining from Arsenal in 2018, played a key role in them winning the Europa League in 2019 and scored some key goals in their run to winning the Champions League last season.

He was keen to play more regularly and has explained his decision to leave Stamford Bridge.

Speaking to TalkSport, Giroud said: “I had an amazing time, like at Arsenal. But even more because I won big titles.

“It was emotionally difficult to leave, as it was when I left Montpellier and Arsenal. But even tougher.

“I did not play much the last three months, so that was like evidence for me to leave the club and to go for another challenge.

“I felt frustrated not to play much over the last three months because I contributed well to the Champions League success by finishing top scorer of the team. But what can I say?

“We have been so successful at the end and I am so pleased with that FA Cup, Europa League and Champions League, I scored a few important goals so it was tough for me to leave Chelsea and the Premier League, but at the end of the day I think it was the best solution for me.”