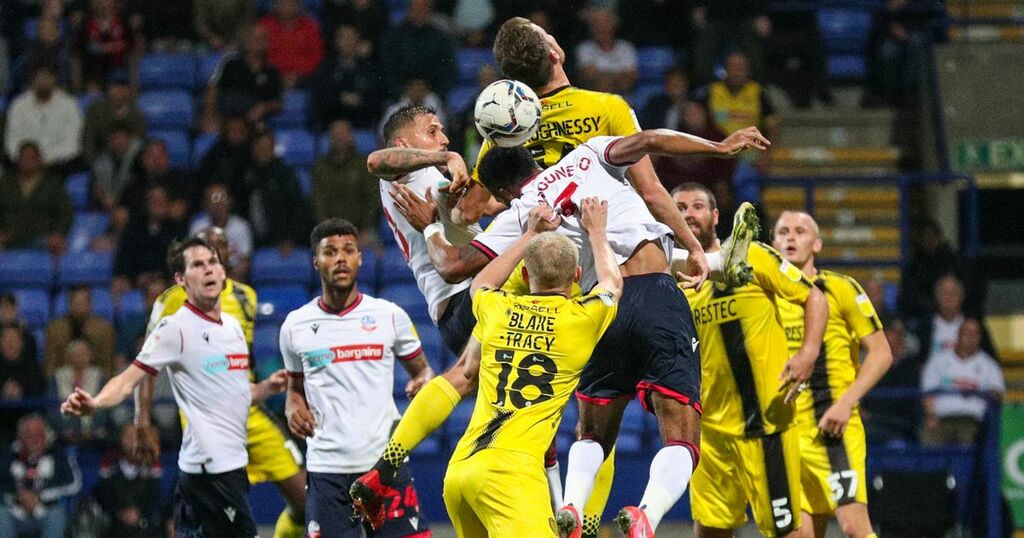 Former Bolton defender Matt Mills and ex-Reading midfielder Jobi McAnuff were unanimous in their verdict of the big refereeing calls which went against Wanderers in the draw against Burton Albion.

In front of the Sky Sports cameras at the University of Bolton Stadium, neither side broke the deadlock in the League One encounter.

Wanderers thought they had in the first half when Lee turned home a Lloyd Isgrove cross, but it was disallowed for offside after Eoin Doyle was adjudged to have been in Ben Garratt's line of sight.

It proved to be decisive as it would have given Wanderers all three points and lifted them up to third in the table, had it stood.

Speaking after the clash on Sky Sports, Mills believes it ought to have stood, though he understands the position that referee Joshua Smith and linesman James Wilson would have had with the decision.

He said: “It’s still a goal for me, but I think that where I can see where the officials are coming from. The linesman’s looking across the pitch so he can’t tell how far Eoin Doyle is from the keeper.

"The defenders and the keeper make a great appeal and I’m also not convinced the referee’s in a fantastic position and because things happen so quickly and by the time the ball’s going past the keeper, the keeper is actually really close to Eoin Doyle, so there’s a lot of stuff going on.

"It’s a big call. I think it would have been easier just to let it go but they’ve made the decision.”

McAnuff had a small degree of sympathy with the officials and conceded it was a tough call, but believes it was a decision that should have gone Bolton's way.

He said: “Yeah I’d say that would be probably the only saving grace I’d give the officials.

"I’ve got to look at it from a manager’s point of view, having been stood on that touchline, and when you get your players to go out and perform as Bolton did and really execute everything you would like them to do, it then really relies on the officials doing their job and unfortunately for Bolton they haven’t done that today.

"Yes, maybe it was a tough one, but for me between them, they should have got that one right.”

Bolton recorded 74 per cent possession against the Brewers as they ultimately could not find a winner from anywhere as John Brayford was sent off for a second bookable offence against Dapo Afolayan.

But Nathan Delfouneso could have won a penalty in injury time after being felled in the box by Frazer Blake-Tracy in another big talking point from the evening.

And both Mills and McAnuff believes Wanderers ought to have hada spot kick at the death.

Mills said: “I think in many ways this is why I enjoy watching the EFL because we don’t have the VAR so we’ve got the talking points. I think it is a penalty.

"I think the defender’s been slightly naive. It’s two hands, it’s a clear push. I think if he runs him under the ball with his chest, it’s probably a better option, but I think that late on in the game, to make a big call and put the penalty in, I don’t think the referee was ever going to do it, but for sure VAR would say that is a penalty."

McAnuff added: “Yeah it was only two hands in the back, wasn’t it!

"I can’t quite see how it wasn’t given, I’ve got to be honest. It’s a crazy decision at that stage of the game, to put the referee in a position to make a decision.

"Luckily enough for him, he hasn’t made it but it’s another clear penalty.”