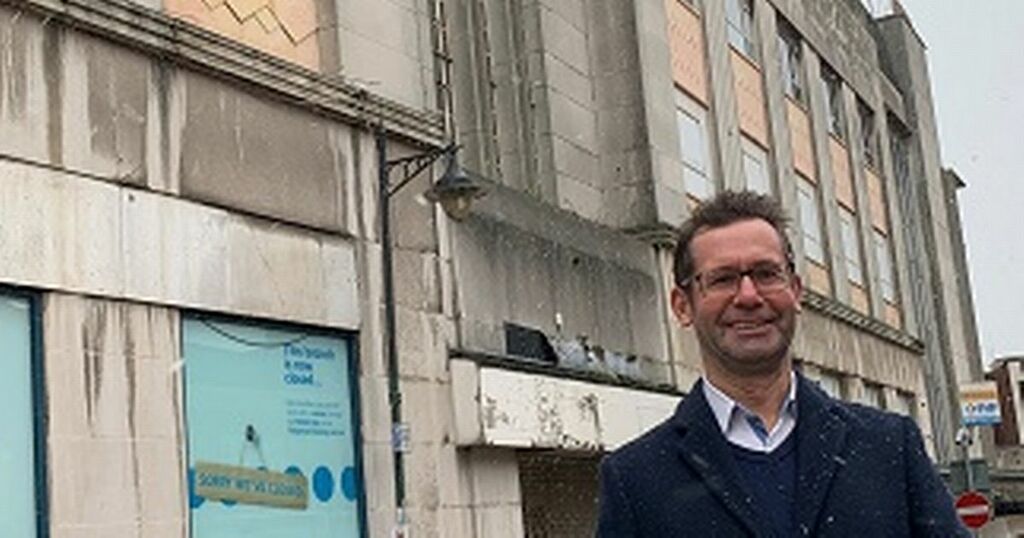 The scheme – “Mansfield Connect” - is expected to house a variety of other public, educational and health and wellbeing services, alongside spaces for private sector occupiers such as food and drink outlets.

Mansfield District Council has purchased the premises to enhance the bid to the Government's Levelling Up Fund (LUF) to help re-invigorate the town centre.

Mansfield Connect will form a central part of the bid and would see the council relocating from the Civic Centre, with that site being made available for redevelopment.

It is envisaged that the new hub would generate extra footfall in the town centre with the aim of benefitting local retailers.

Executive Mayor Andy Abrahams said: "We believe repurposing this redundant retail space in Mansfield town centre fulfils all the ambitions of the Government's Levelling Up Fund and by purchasing the building now, we believe this will strengthen the council's bid.

"Consolidating public services in one town centre space makes so much sense, for both the delivery of those services to our community, and the wider economic benefits for the town centre.

"Mansfield really needs this kind of ambitious re-imagining of its shopping streets to a mixed-use town centre if it is to build a bright future and encourage inward investment.

"This is a once-in-a-generation opportunity to transform our town's fortunes and prospects for the better."

The scheme forms part of the council’s wider ambitions for the town, demonstrated by the emerging Town Centre Masterplan.

To read all of our biggest and best stories first sign up to our newsletter here.