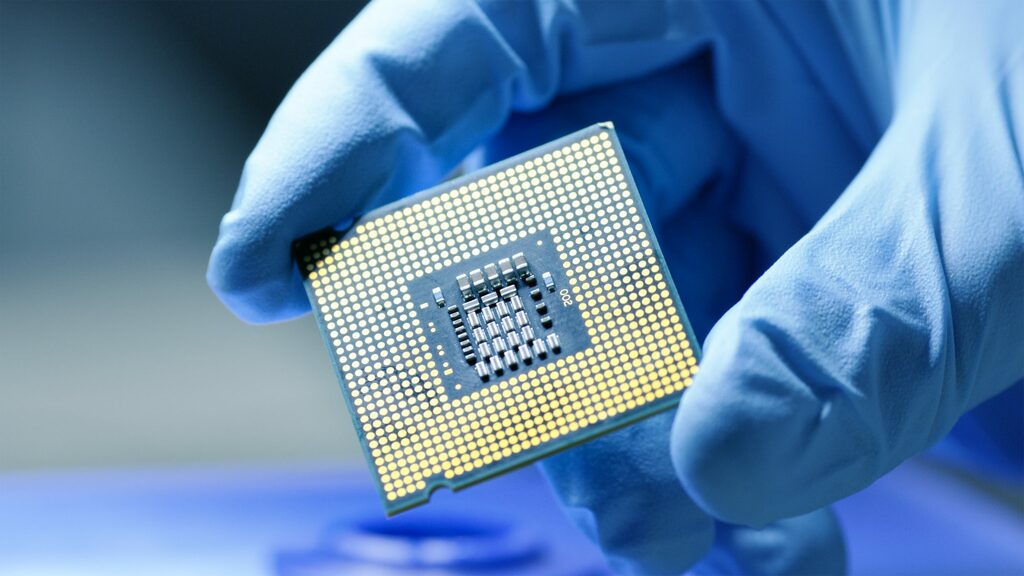 Artificial intelligence (AI) computing company NVIDIA Corporation (NVDA) in Santa Clara, Calif., reported top-line and bottom-line growth for the fiscal second quarter, ended August 1, 2021. The company’s revenues increased 68% year-over-year to $6.51 billion in the quarter, while its non-GAAP net income came in at $2.62 billion, up 92% year-over-year. The stock has gained 132.8% in price year-to-date to close yesterday’s trading session at $302.03. However, it is currently trading 6% below its 52-week high of $323.10, which it hit on November 9, 2021.

In August 2021, the Competition and Markets Authority (CMA) launched an investigation into NVDA’s planned acquisition of U.K. technology company ARM on national and competition concerns. Furthermore, yesterday, Nadine Dorries, Britain’s Secretary of State for Digital, Culture, Media and Sport, ordered an in-depth Phase Two probe of the proposed acquisition. The stock is also trading at an expensive valuation. In terms of forward EV/S and P/S, NVDA’s 29.17x and 29.08x, respectively, are higher than the 4.31x and 4.29x industry averages. So, we think it could be wise to wait for a better entry point in the stock.

As the world’s demand for consumer electronics and automobiles increases, the demand for semiconductors is also expected to continue growing. According to a report by PWC, the market for AI-related semiconductors is expected to grow from a current $6 billion to more than $30 billion by 2022. So, instead of betting on NVDA, we think it could be wise to bet on shares of quality semiconductor companies Broadcom Inc. (AVGO), QUALCOMM Incorporated (QCOM), and NXP Semiconductors N.V. (NXPI) because they’re well-positioned to capitalize on the industry tailwinds. These stocks are rated A (Strong Buy) in our proprietary POWR Ratings system.

Click here to checkout our Semiconductor Industry Report for 2021

AVGO’s strong fundamentals are reflected in its POWR Ratings. It has an overall A rating, which equates to a Strong Buy in our proprietary rating system. The POWR Ratings are calculated by considering 118 distinct factors, with each factor weighted to an optimal degree.

It has an A grade for Momentum, and a B grade for Growth, Stability, Sentiment, and Quality. In the A-rated Semiconductor & Wireless Chip industry, it is ranked #1 of 102 stocks. Click here to see AVGO’s rating for Value as well.

Recently the Reitmeister Total Return Portfolio (RTR) closed a winning trade in AVGO for a 25% gain. Learn more about the RTR service here.

On November 16, 2021, QCOM announced that Bayerische Motoren Werke Aktiengesellschaft (BMWYY) would use QCOM’s chips in its driver-assistance and self-driving systems. QCOM’s CEO, Cristiano Amon, said that its total addressable market would increase from $100 billion to $700 billion in the next decade due to its expansion into developing chips for automobiles and Internet of Things devices for consumer and industrial applications.

Analysts expect QCOM’s EPS for the quarter ending December 25, 2021, to increase 38.2% year-over-year to $3. Its revenues for its fiscal year 2022 are expected to increase 18.3% year-over-year to $39.58 billion. It surpassed the consensus EPS estimates in each of the trailing four quarters. The stock has gained 26.7% in price in the past six months to close yesterday’s trading session at $181.81.

QCOM’s POWR Ratings reflect this promising outlook. The stock has an overall rating of A, which equates to Strong Buy in our proprietary rating system.

It has an A grade for Momentum and Sentiment, and a B grade for Value and Quality. It is ranked #11 in the Semiconductor & Wireless Chip industry. To check the additional ratings of QCOM for Growth and Stability, click here.

Headquartered in Eindhoven, Netherlands, NXPI provides high-performance mixed-signal and standard product solutions. It operates in High-Performance Mixed Signal (HPMS); Standard Products (SP); and corporate and other segments. The company is a world leader in secure connectivity solutions for embedded applications.

On November 10, 2021, NXPI announced that it had collaborated with Ford Motor Company (F) to deliver enhanced driver experiences, convenience, and services across its global fleet of vehicles. It's NXP i.MX 8 Series processors should enable Ford SYNC 4 to deliver advanced multimedia user experiences with vivid graphics. NXPI believes that its sales from internet-connected electric vehicles will hit $15 billion by 2024.

NXPI’s strong fundamentals are reflected in its POWR Ratings. It has an overall rating of A, which equates to a Strong Buy in our proprietary rating system.

It has an A grade for Momentum, and a B grade for Growth, Value, Sentiment, and Quality. It is ranked #10 in the Semiconductor & Wireless Chip  industry. Click here to see NXPI’s grade for Stability as well.

About the Author: Dipanjan Banchur

Since he was in grade school, Dipanjan was interested in the stock market. This led to him obtaining a master’s degree in Finance and Accounting. Currently, as an investment analyst and financial journalist, Dipanjan has a strong interest in reading and analyzing emerging trends in financial markets.