Forget Chelsea and PSG, Man City will believe they can win the Champions League this year 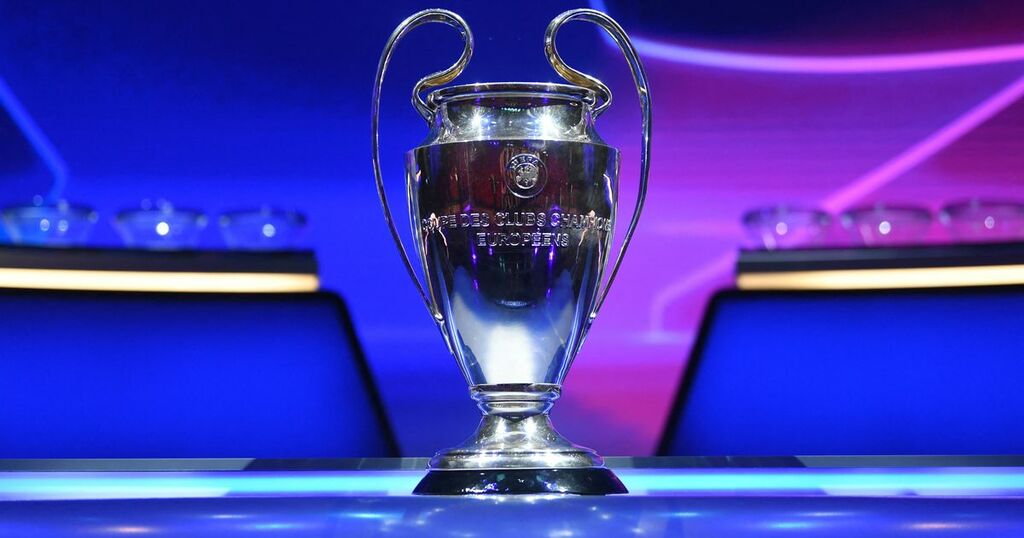 Manchester City should not concern themselves with Paris Saint-Germain; they are good enough to beat any team in Europe on their day.

City got closer than ever in their history to lifting Europe's biggest prize last season, falling at the final hurdle to Thomas Tuchel's supremely organised Chelsea side.

Pep Guardiola did not get it right on the day, stifling City's attack with a system that did not bring out the best in their talents. Chelsea kept Guardiola's side at arm's length, compacting the pitch with wing-backs focused on their defensive assignments. Reece James was particularly effective in marshalling Raheem Sterling, who struggled throughout.

Still, City gained invaluable experience over their journey to the final, bringing a level of pedigree to a side without a Champions League winner.

Heading into the start of the European football calendar, City are highly fancied to be one of the most serious contenders to conquer Europe this season. They have only strengthened, adding the British-record signing of Jack Grealish to a side many considered to be already the best in Europe.

Grealish will add another dimension of penetrative threat for City, providing a headache for the opposition defence to concern themselves with. City are best when they have pace and direct running to complement ball-dominating players like Grealish and Bernardo Silva, creating a unique balance of tempo and trickery.

If Guardiola finds the right system to pair their most effective attacking creators with pace in behind, their quality will be enough to overwhelm almost any team in European football.

Perhaps the one team City are ranked behind this season are the new-look Paris Saint-Germain side, who added the small matter of Lionel Messi to a team that caused City problems last campaign. In the first half of the first leg of last season's Champions League semi-final, City were second best to the French side, who attacked with quality and fluidity, a combination that could have easily been enough to help PSG to a two-goal lead before the half-time whistle.

Guardiola rejigged the side after the break, and City found their stride, eventually running out 2-1 winners at the Parc des Princes.

Messi will unite with Kylian Mbappe and Neymar to create one of the most feared triumvirates in the history of European football, a collection of talent completely capable of overwhelming any side in the world on their day.

However, with such a massive turnover of players and the commitment from Mauricio Pochettino to signing defenders better known for their attacking exploits than they are renowned for defensive stability, PSG remain somewhat of an enigma heading into the new season.

After four games, they sit at the top of the Ligue 1 table but have already conceded five goals to relative minnows. This is a fine example of how Pochettino has an enormous job on his hands to create a side as capable defensively as they will surely be going forwards.

In addition, PSG's defenders will not hope to get much help from their forwards, with Neymar and Messi notorious for being two of the least committed attackers on the defensive end.

PSG could as easily walk the Champions League in style as much as they could crash out in the early stages of the knockout phase.

In my view, City's biggest threat to continental and domestic success will come in Chelsea, the reigning European champions.

Having added Romelu Lukaku to their ranks, Chelsea fans will believe they have what it takes to go back-to-back in Europe. Lukaku has already proved to be a devastatingly effective forward in his short second term at Chelsea, bullying Arsenal's defence and helping himself to a goal on his second debut.

However, City's unique quality over Chelsea and PSG is the continuity of winning three Premier League titles in four years. The experience gained from performing consistently from the start to the end in the world's highest quality domestic division will be invaluable in an environment where their biggest competitors have undergone significant changes to their side this summer.

City are favourites to win the Premier League and should be equally fancied to add the first Champions League trophy to a growing cabinet.