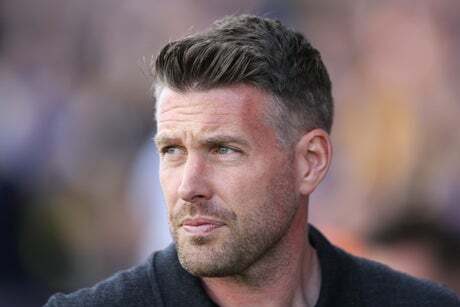 Watford have confirmed the appointment of Rob Edwards, who recently guided Forest Green to the League Two title, as Roy…

By Dylan Terry and Jamie Braidwood

Forest Green Rovers have accused Watford of “giving football a bad name” during their pursuit of manager Rob Edwards, who has been appointed as the new head coach at Vicarage Road from the end of the season.

Edwards led Forest Green to the League Two title earlier this month but has now left the club, with the Football League side accusing Watford of holding negotiations behind their backs.

The Hornets - who are preparing for life back in the Championship following their relegation from the Premier League - have insisted that Edwards had a “contractual provision” that allowed the 39-year-old to leave Forest Green Rovers “at any time”.

Forest Green expressed their frustration with a statement that read: “FGR confirms the departure of head coach Rob Edwards. Rob was a key part of the team that gained promotion to League One this season.

“We’re disappointed that our support, loyalty and honesty towards Rob has been repaid in this way - with negotiations taking place behind our backs.

“We had no contact from Watford, from whom we might expect less, but in any event this kind of behaviour gives football a bad name.

“We thank Rob for all his work at FGR - forgive him the manner of his departure and wish him well.”

Former England manager Roy Hodgson took over at Watford in January but has not had the desired impact to keep them in the Premier League.

Last week it was confirmed that Hodgson would be leaving Vicarage Road at the end of the season, with Edwards now confirmed as his successor.

“Watford Football Club is delighted to confirm the appointment of Rob Edwards as its new head coach, effective after the conclusion of the current 2021/22 season,” the club said.

“Rob had a contractual provision allowing him to leave Forest Green Rovers at any time to discuss employment opportunities at other clubs and the Hornets are delighted to confirm our discussions concluded today.”

Watford’s relegation is their second in three years after they spent four successive campaigns in the top flight between 2015 and 2019.

Watford have confirmed the appointment of Rob Edwards, who recently guided Forest Green to the League Two title, as Roy…