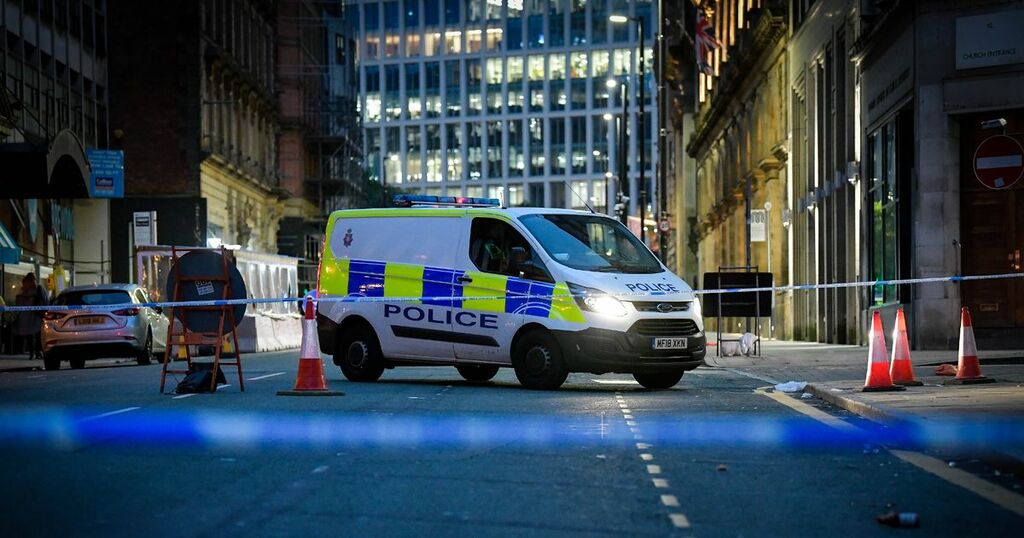 A 21-year-old man was stabbed by a gang of men in an early hours attack in Manchester city centre.

Peter Street was cordoned off by police after the attack at around 3.30am this morning (Thursday).

Police said the victim, a 21-year-old man, was stabbed by a group of men at the scene.

He was taken to hospital where he remains in a stable condition.

READ MORE: 'I will f*** you up...' thug's threats to police officer before biting him on the leg during terrifying outburst

Enquiries are ongoing and no arrests have been made at this stage.

A cordon was in place on Peter Street, near the Impossible bar and the Peaky Blinders bar, throughout this morning.

Forensic officers were seen scouring the scene and several police vehicles were stationed at the cordon.

The road reopened at around 9.30am and all police have now left the street.

In a statement issued earlier this morning, a GMP spokesperson said: "Police were called around 3.30am to Peter Street, Manchester to a report of a stabbing.

"Emergency services have attended and enquiries established a 21-year-old man had been stabbed by a group of males.

"He has been taken to hospital where he remains in a stable condition.

"Enquiries are ongoing and no arrests have been made.

"A scene and road closures are currently in place."