Ford F-150 Lightning Electric Truck: Is It More Sellable Since It's Electric?

The Ford F-150 Lightning is officially on the market, and it arrived on schedule. The demand for the electric pickup truck is so high that Ford has vowed to ramp up production, and the 2023 model may is already expected to arrive later this year.

YouTube influencer Cars with Miles put together this relatively short but comprehensive 200-mile review of the F-150 Lightning. He calls the electric pickup truck a giant step in the right direction for Ford, and we agree (of course we do). However, will most pickup truck owners agree? Does offering an electric version make the F-150 more sellable? Is it really that much different from a "normal" truck?

First, we'll note that Miles' YouTube channel is relatively new, and he has a very small number of subscribers, so we honestly weren't sure what to expect. However, we were wowed by his work and his delivery. Miles is easy to watch, and he offers plenty of details in a way that's clear and concise.

Miles admits that he's a petrolhead, and he says the F-150 Lightning takes some getting used to. However, he says it's really a process and not a problem. To get appropriately acquainted and acclimated to the electric pickup, you don't really have to physically "do" anything aside from driving it.

Miles says simply flooring the accelerator pedal from a standstill or even when you're up to speed is probably going to play tricks on your brain. He explains that the lack of sound and no hard shifting when you stomp on it are things that will likely catch typical truck owners off guard, even when they're made aware of what to expect.

Miles efficiently takes us through plenty of footage and details about the F-150 Lightning, and we're not going to do a comprehensive play-by-play here, since the video is well worth the time it takes to watch.

That said, we will share that Miles is impressed with the Lightning's large frunk, which makes it more practical than most trucks. He also says the base model should have enough range for most people's daily driving needs.

The electric F-150's massive touch screen is something Miles was concerned about, but he thinks Ford is offering a solid solution. While the screen controls plenty of features, there are also physical buttons and knobs, which many drivers will appreciate.

Miles notes that the Lightning's interior, as a whole, is highly functional. There's an available workspace that's part of the cover for the truck's huge center console storage bin, and the seats in both rows are spacious and supportive. However, Miles says since the truck isn't really designed for high-performance driving, it doesn't have adequate bolsters for tackling twisty roads.

Nonetheless, he's more than happy with how the Lightning rides and drives on normal roads, as well as how it performs in more difficult situations, such as towing a heavy load or hitting the backroad trails. However, due to the lack of engine sound, lots of road and wind noise does make its way into the cabin.

In the end, Miles argues that the Ford Lightning basically removes nearly all of the biggest downfalls of a typical gas-powered F-150 all while adding new and useful features that are sure to impress.

Check out the video to learn everything Miles has to share. Then scroll down to our comment section and leave us your takeaways. 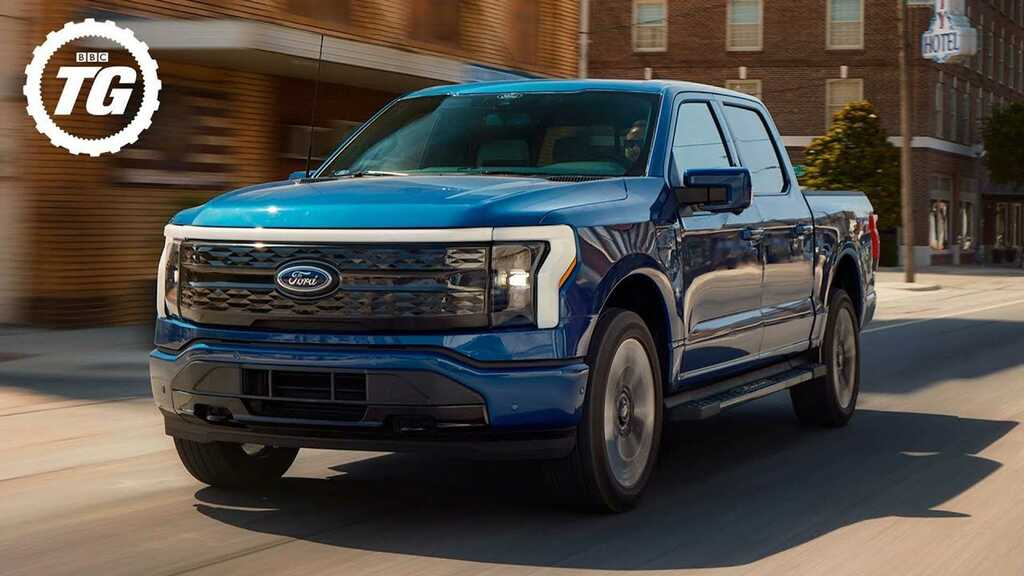 Top Gear Likes The Ford F-150 Lightning But Texans Aren’t As Convinced...
The F-150 Lightning seems to be the kind of vehicle able to change opinions about EVs with its blend of…

The customer opted for an F-150 Lightning Platinum model and paid the sticker price of $90,874 for the top-of-the-range pickup.