For The Sixth Year In A Row, BTS Scores The Bestselling Album Of The Year In Korea 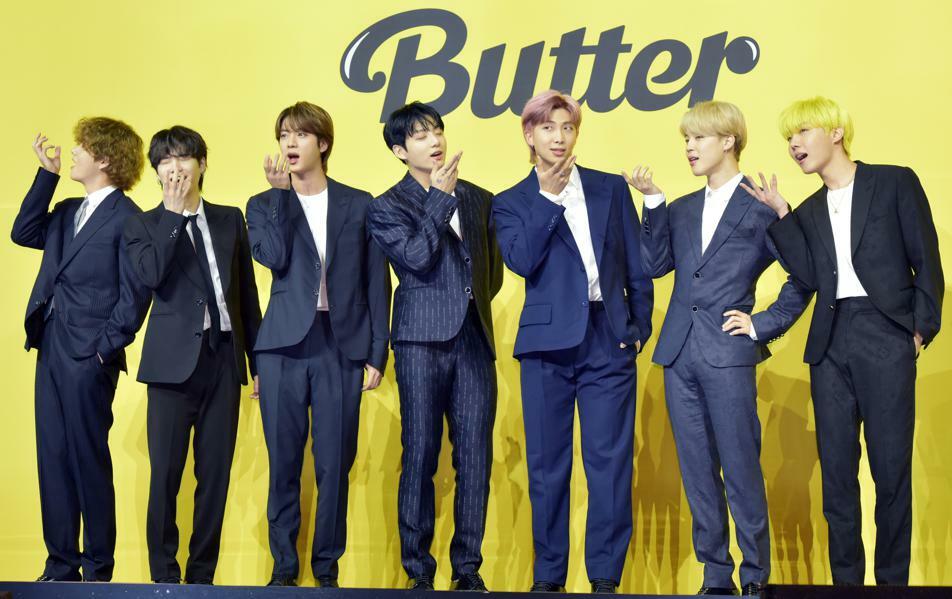 BTS’s Butter has been officially declared the bestselling album of 2021 in South Korea, and it won the year by a comfortable margin. According to the Gaon charts, the septet’s single album missed hitting three million sales by fewer than 600 units, ending the period with an incredible 2,999,407 copies sold. For most artists, scoring the top title of the year would be the highlight of a career, but BTS has managed the impressive feat before…several times, in fact.

2021 marked the sixth year that BTS has claimed the bestselling album in South Korea. The band’s winning streak continues unbroken, as their half-dozen years coming out on top have all been in a row.

BTS first scored the bestselling album of the year in South Korea back in 2016. At the time, their release Wings ended the year with just over three quarters of a million copies sold, easily landing in first place. Impressively, the band’s The Most Beautiful Moment in Life: Young Forever also appeared at No. 4 with about half as many units purchased.

The group nearly doubled their 2016 showing by the time 2017 wrapped, as their album Love Yourself: Her concluded the year with almost 1.5 million copies sold. It was the only title to actually sell one million units in the nation. The same septet landed in third place with You Never Walk Alone, which racked up a little more than three quarters of a million sales.

In 2018, BTS saw their best-performing effort reach two million sales in a calendar year for the first time. The band’s Love Yourself: Answer ended the frame with just under 2.2 million purchases, while Love Yourself: Tear appeared in second place with more than 1.8 million copies sold.

After breaking a record and making history in 2018, BTS did so once again in 2019. The seven-member vocal act wrapped the year with the bestselling album once again, as Map of the Soul: Persona was purchased 3.7 million times in a relatively short span. The title was the first to hit three million sales in one year in South Korean history. Once more, the septet occupied more than one space inside the top 10, as the soundtrack that accompanied their mobile game BTS World ended up at No. 5 with a little more than half a million sales.

2020 turned out to be BTS’s biggest period ever, at least when looking at the important charts that come as the year finishes. Map of the Soul: 7 was named the bestselling title, and the first to make it to four million sales in a calendar year. The set was snapped up by nearly 4.4 million fans, and it only told part of the story of their success. Their follow-up Be was the second-bestselling title, moving almost 2.7 million copies. Amazingly, the group claimed a trio of spots inside the top 10, as the special edition of Skool Luv Affair landed in tenth place with 670,000 copies sold.