The comparatively lower valuation prompted quite a few analysts to upgrade their ratings for the stock.

ICICI Securities Ltd changed its recommendation on the DMart stock to buy from sell. On 15 May, the broking firm said: “A broad-based market correction (and possibly some technical factors) does bring rationality to buy-at-any-price stories. In FY22-24E, we believe it has value and volume tailwinds: inflation (higher absolute gross profit per unit, operating leverage) and likely higher footfalls as more consumers prioritize value."

In a report on 14 May, JM Financial Institutional Securities Ltd too upgraded its rating on DMart to buy from hold “after two years, to take advantage of the recent steep price correction."

The target prices of ICICI Securities and JM Financial for the DMart stock are ₹3,900 and ₹3,675, respectively. On Monday, DMart’s shares closed at ₹3,561 apiece.

The appreciation seen could limit sharp gains in the near future. The stock now trades at almost 70 times the estimated FY24 earnings, according to Bloomberg data. Investors would do well to watch the pace of sales recovery on normalization.

Revenue per store was a bit underwhelming, though. As JM Financial’s analysts said: “Average revenue per store for the March quarter has grown at just 2% CAGR versus March 2019 quarter’s undisturbed pre-pandemic level. DMart had compounded per-store revenue by 8.8% p.a. on an average (FY17-20) prior to the pandemic." CAGR is compound annual growth rate.

Specifically, the growth pickup in the discretionary segment needs monitoring even as the fast-moving consumer goods (FMCG) segment is doing better. DMart said that in the discretionary non-FMCG segment, it is hard to estimate if the relatively slower growth is because of a secular change over time because of a shift to e-commerce or inflation or significantly higher covid-related negative economic impact on some shoppers. “We would be able to give that qualitative interpretation only if there are no more covid shutdowns or restrictions over at least two more quarters," said the company. As such, the lack of further potential covid waves would also help faster sales recovery.

Meanwhile, the company opened 50 stores last fiscal year, taking the total count to 284. Store expansions are a key monitorable. DMart’s e-commerce business has also gradually expanded over time and is now present in 12 cities. That said, the slower-than-expected turnaround in the e-commerce business is a risk for the DMart stock, as would be an increase in the competitive intensity from online grocery retailers. Moreover, it remains to be seen if demand gets hurt because of inflation. 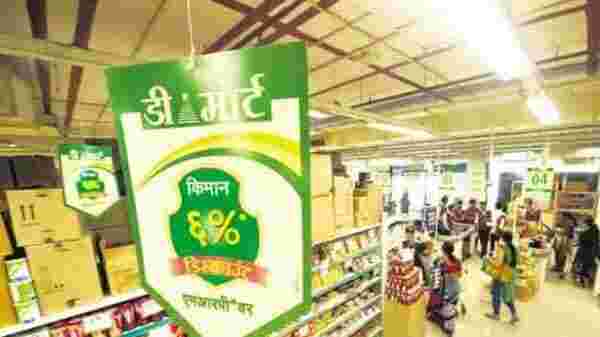 DMart’s relatively lower valuations add to the stock’s appeal
Additionally, DMart’s e-commerce business has seen a gradual expansion overtime and is now present in 12 cities. That said, a…

Livemint
One subscription that gives you access to news from hundreds of sites
Avenue Supermarts Q4FY22: Consolidated PAT jumps to ₹427 cr

Livemint
Margin pain lingers for Emami after a soft Q4

Emami stock has underperformed the Nifty FMCG index so far in CY22, leading to undemanding valuations

Going ahead, the management is hopeful of recovery in rural demand. It took price hikes of 5% in April