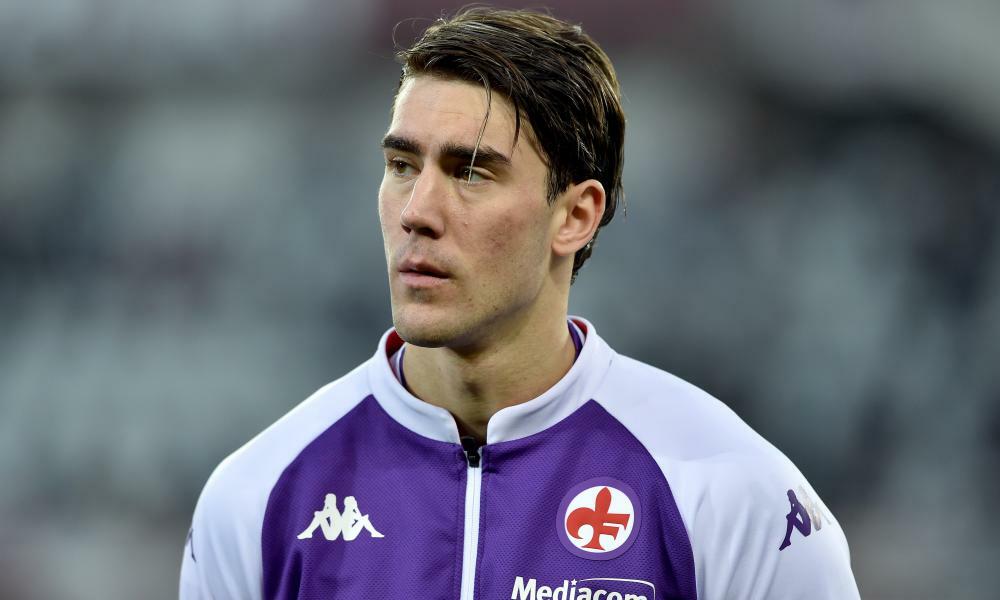 Dusan Vlahovic is becoming almost as permanent a part of the Mill’s machinery as Erling Haaland and the latest breathless whispering has Arsenal persisting with their pursuit of the Fiorentina forward by running a player-plus-cash deal up the flagpole to see if the Serie A side are inclined to salute it. According to the Mirror, Arsenal have already waved £70m in I Viola’s faces to no avail – yet – but may instead offer them the midfielder Lucas Torreira plus £44m. Torreira is already at Fiorentina on loan so they wouldn’t need to waste time showing him the sights, but reports are that they would want Arsenal to bump up their cash offer by at least £7m.

The Arsenal exit door is unlikely to go unpushed by strikers this month either, with Crystal Palace in talks to sign Eddie Nketiah, whose contract at the Emirates Stadium runs out this summer, and Folarin Balogun headed for Middlesbrough on loan until the end of the season to help out Chris Wilder’s promotion push.

Antonio Conte is evidently up for replacing people who leave the pitch slowly with those who zip along it at great speed, with Wolves’ Adama Traoré understood to be on Tottenham’s radar. The Spanish wide man is valued at £20m by Wolves, a deal that could be helped along by some departures. Roma appear to be at the front of the queue to snap up Tanguy Ndombele, with José Mourinho reported to have contacted the midfielder directly, while Matt Doherty and 2017’s Dele Alli could also be heading out on loan.

You’ll be expecting some more Newcastle content I shouldn’t wonder, but today we must make do with the titbit that the Saudi-owned project have been linked with a bid to bring Georginio Wijnaldum back to Tyneside – but the PSG midfielder isn’t having any of it. A more realistic target for them is the teenage Reims striker Hugo Ekitike, whom they are favourites to land in a £30m deal, though Brentford and Brighton have entered the bidding with offers of around £20m for the 19-year-old.

Everton and West Ham are sniffing around the Bournemouth defender Lloyd Kelly. The 23-year-old has been a mainstay for Scott Parker’s promotion-chasing side this season and the Cherries are keen to ward off suitors by demanding what an insider described as “silly money” for his services.

And Memphis Depay is allegedly in talks with Atlético Madrid about a summer move to the Wanda Metropolitano from plucky, hard-up minnows Barcelona. Such are the harsh realities of the modern game that it’s harder for the smaller clubs to keep hold of their players. Barça are looking for €30m for the Dutch forward.