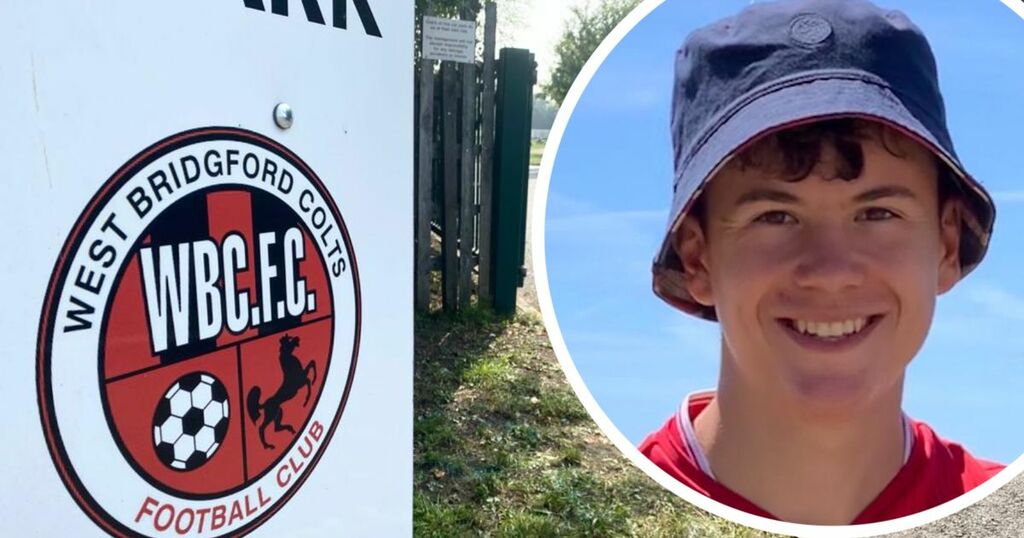 West Bridgford Colts have issued a heartfelt tribute to 17-year-old Dylan Rich, who died after suffering a medical emergency during a football match.

The club has said it is 'devastated' by his loss and offered their thoughts to his family, who they described as making 'grassroots football such a joy'.

The statement has come ahead of Nottingham Forest's away clash with Cardiff City on Sunday, September 12, during which fans are being urged to join in a minute's applause on the 17th minute.

And on September 8, ahead of their World Cup Qualifier against Poland, the England men's team paid tribute, with captain Harry Kane holding up a shirt that said 'For Dylan' on the front.

Now Dylan's club West Bridgford Colts posted another of their own tributes to him on their website.

The club's statement reads: "The ‘cultured left foot’ may be a football cliché, but it sums up Dylan to a tee. From a young age he was a talented all-round player, equally at home picking a pass, putting in a sturdy challenge or going on a trademark dribble.

"Last ditch tackles and calm finishes were both part of the package.

"Whichever team it was, he was one of those players that team mates love for his commitment, coaches for his attitude and adaptability, and supporters for his reliability. A fantastic club player.

"The Richs are the kind of family who make grass roots sports such a joy. Committed children, always keen to listen, learn and maximise their talent; supportive, understanding and positive parents.

"West Bridgford Colts as a club is devastated by Dylan’s loss, and at this sad time, our thoughts are with Mike, Anna and Lucy, their wider family, and Dylan’s friends both within and without the club – as we know are the thoughts of people across Nottingham’s football and wider sporting community.

"Rest in peace Dylan – your star will continue to shine."

Dylan collapsed during an FA Youth Cup match against Boston United on Thursday, September 2. He was taken to hospital where he died.