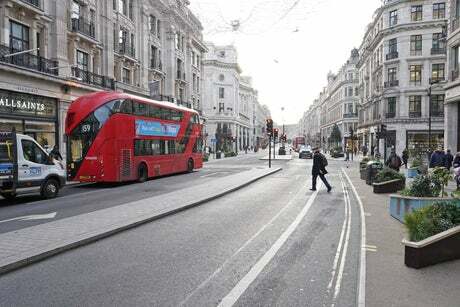 The ACT's top judge acknowledged the nature of the footage on what she called "a distressing day".

The Canberra Times
One subscription that gives you access to news from hundreds of sites
Convicted domestic abuser tells judge: "I'm ready to take my punishment"

'We've been put through three years of hell - now the truth has finally come out', says cleared football agent and pal

Two men have spoken of their ‘three years of hell’ after being found not guilty following a Crown Court trial. Football agent James Featherstone, 41, and Ben Cowgill, 41, were both acquitted of an offence of assault occasioning actual bodily harm.

Manchester Crown Court previously heard that an incident happened in March 2019 at the Stamford Arms pub in Bowdon, Altrincham. The complainant told jurors that Mr Cowgill began filming him after he used the toilet, before he admitted pushing him, causing him to fall to the floor.

However, jurors denounced his claims, and instead found the two men not guilty of assault. Now, the men have spoken out about the distress caused over the last three years.

They have said the case has raised real questions about the police investigation, the CPS decision-making and the delays in the criminal justice system.

“Two completely innocent men and their families were put through three years of hell, before the truth finally came out in court,” a spokesperson for Mr Cowgill and Mr Featherstone said. “A false story was repeated which compounded the anxiety, embarrassment and injustice faced by Mr Featherstone and Mr Cowgill.

“Mr Featherstone and Mr Cowgill hope that lessons will be learned from this case, so that others will not endure the torment of a wrongful accusation and criminal proceedings which should never have taken place.

“No innocent person should be forced to endure an ordeal of this kind, purely for being the victim of a nasty and unprovoked attack in a public place.”

Chris Daw QC, Mr Featherstone’s barrister, said in a statement: “This was an appalling example of two innocent men being dragged through the the courts for three years, because the police and the CPS failed to properly assess the evidence and decided to charge the wrong people.”

A CPS Spokesperson said: “In September 2019 the CPS authorised Greater Manchester Police to charge James Featherstone and Ben Cowgill with wounding with intent to cause grievous bodily harm.

“In March 2020, as part of our duty of continuous review, the charges were amended to assault occasioning actual bodily harm, and both defendants pleaded not guilty.

“The trial went ahead in May 2022, both were found not guilty. We respect the jury’s decision in this case.”

The ACT's top judge acknowledged the nature of the footage on what she called "a distressing day".

The Canberra Times
One subscription that gives you access to news from hundreds of sites
Convicted domestic abuser tells judge: "I'm ready to take my punishment"