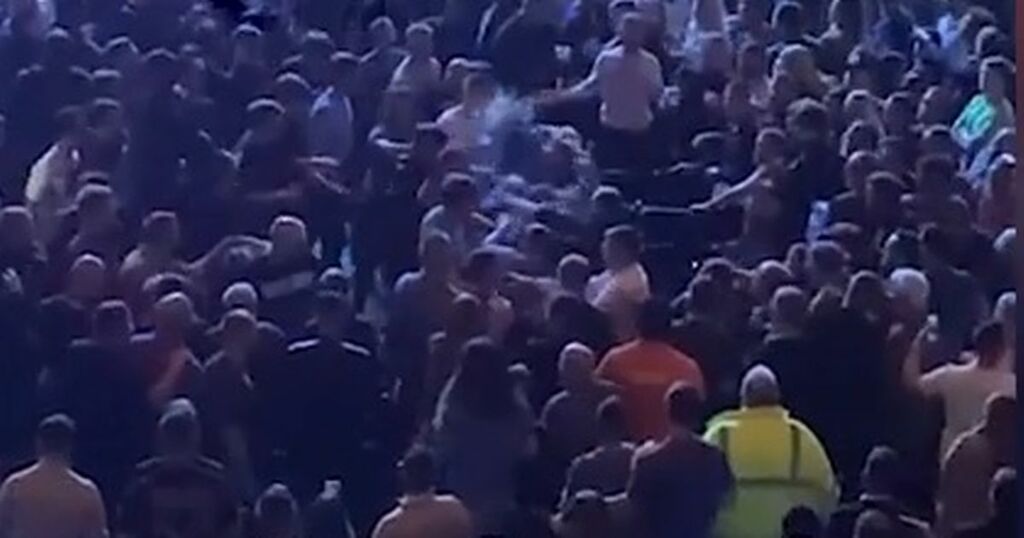 A number of brawls broke out at the M&S Bank arena during the boxing this weekend.

A boxing match between Liam Smith and Anthony Fowler was held at the venue on Saturday.

Footage taken inside the M&S Bank arena shows a fight break out near the boxing ring.

READ MORE: One of Liverpool and UK's most wanted arrested after seven years on the run

The video shows a group of men fighting within the crowd and at one point drinks can be seen spilling in the air.

A number of punches are thrown between the group of men as bystanders try to watch the boxing.

The group eventually disperses and the fighting stops.

Another video shows a group of men fighting near to one of the seating blocks.

Punches are thrown and it appears that the fight is broken up, however it ensues once again.

The end of the video shows the groups being separated.

Merseyside Police said that three people were removed from the venue by security staff.

One man was arrested outside the venue on suspicion of being drunk and disorderly.

Police said they did not receive any complaints from either member of the public or security staff in relation to any assaults.

Inspector Carl McNulty said: “Over 9,000 people attended at the M&S Bank arena on Saturday night and the vast majority of people behaved themselves.

"The event was managed inside by security staff at the arena.

“There were three people ejected from the venue by security staff and one male was arrested outside on suspicion of being drunk and disorderly.

“We did not receive any complaints from either member of the public or security staff in relation to any assaults.”

A spokesperson for the M&S Bank arena said the incidents were isolated and dealt by staff on the night.

They said: "Safety and security of our customers is of the absolute utmost importance to us.

"We have a team of dedicated security and stewarding staff who are highly trained and experienced.

"These were isolated incidents which were dealt with by our staff on the night."