Leaders of developing countries in Asia have dismissed growing concerns about the coronavirus, despite warnings from health experts that they are the most vulnerable.

The leaders of smaller countries including Cambodia, Thailand and Myanmar have chosen to maintain open borders with China, and downplayed or dismissed concerns over the virus's increasingly global reach.

A growing list of countries including Australia, the United States, Russia, Japan, Pakistan and South Korea have barred entry to foreigners who had recently visited Hubei, and in some cases the entire mainland.

The World Health Organisation does not recommend travel restrictions, saying they "cause more harm than good", can waste resources and cause social chaos.

But the organisation has warned that a delayed response by populous poorer countries could exacerbate the spread of the disease, as they are less prepared than first-world countries to deal with such an outbreak.

"Our greatest concern is the potential for the virus to spread to countries with weaker health systems which are ill prepared to deal with it," said Tedros Adhanom Ghebreyesus, the WHO's director general. "The decision is not a vote of no confidence in China."

It comes as the death toll from coronavirus has risen to 492, one in the Philippines, one in Hong Kong, and the rest in mainland China.

The Chinese deaths exceeds the fatalities there from Severe Acute Respiratory Syndrome (SARS).

The virus, which has infected more than 23,000 people in China, has so far spread to more than 20 countries, and several other nations have instituted tough travel rules with China.

Malcolm Davis, senior analyst at the Australian Strategic Policy Institute, told news.com.au it was a "foolish" move for developing nations to downplay the risk of the virus.

"You don't want to encourage panic at the same time. The way to stop it from happening is to shut it down quickly and put in place measures to prevent the transmission.

"This pandemic goes beyond Chinese investment. This is about the survival of people and they shouldn't be downplaying the seriousness of this and not developing appropriate measures."

He also stressed there needed to be more caution based on experts saying people can transmit the virus before they display symptoms.

These are the developing nations in Asia that have downplayed concerns:

In Myanmar, Buddhist monks broadcast claims that placing seven ground peppercorns on your tongue would ward off the virus, The New York Times reported.

At a hospital in Yangon, the country's largest city, locals were shown a slide show presentation that said: "Don't be so afraid of the coronavirus. It won't last long because 'made in China.'"

Myanmar announced its first suspected case of the virus on Friday, but health officials say the country doesn't have the capacity to test for it.

Over the weekend, Indonesia announced it would temporarily ban visitors from mainland China who had been there for 14 days.

But health minister Terawan Agus Putranto told citizens to relax, advising that they could avoid the disease by not working overtime.

"To prevent it is very easy as long as your immunity is good," he said. "Don't fret. Just enjoy and eat enough."

There are no confirmed cases of coronavirus in Indonesia, although direct flights from Wuhan brought tourists to Bali in recent days.

Perhaps most disturbing was the response from Cambodian prime minister Hun Sen, who told a conference he would kick out anyone who was wearing a surgical mask because it was creating an unwarranted climate of fear.

"The prime minister doesn't wear a mask, so why do you?" he said. "Is there any Cambodian or foreigner in Cambodia who has died of the disease? The real disease happening in Cambodia right now is the disease of fear. It is not the coronavirus that occurs in China's Wuhan city."

Cambodia has one confirmed case of the deadly virus — a Chinese national who flew to Sihanoukville. About 3000 travellers have flown to Cambodia from Wuhan, where the epidemic first broke out.

Sen has chosen not to ban flights from China, nor will he organise efforts to evacuate Cambodians from Wuhan, saying they "have to continue staying there and joining with Chinese to fight this disease".

Thailand's capital city of Bangkok has one of the highest rates of the virus outside of mainland China, with 19 confirmed cases.

But Thailand's borders also remain open, with dozens of flights continuing to arrive in Thai airports from cities across China.

Despite criticism of Thai leader Prayut Chan-o-cha, the prime minister has only noted Thailand's "special bond of friendship" with China, and offered "moral support and spirited encouragement".

The Philippines has ordered a temporary ban on all non-citizen travellers coming from mainland China, Hong Kong and Macau.

It was the first country to report a coronavirus death outside of China, hours after the travel announcement was made.

But earlier in the week, the country's leader Rodrigo Duterte – who has fostered a warmer relationship with Beijing in recent years – said there was no reason to bar visitors from mainland China.

Chinese Consul General Jia Li said the ban would have been unnecessary.

"As of now, we cannot understand why there is a need to impose a ban on Chinese nationals. I wish that the mayors carefully study the proposals and talk with the DOH before they decide if it is really needed," the diplomat said at a Cebu press conference. 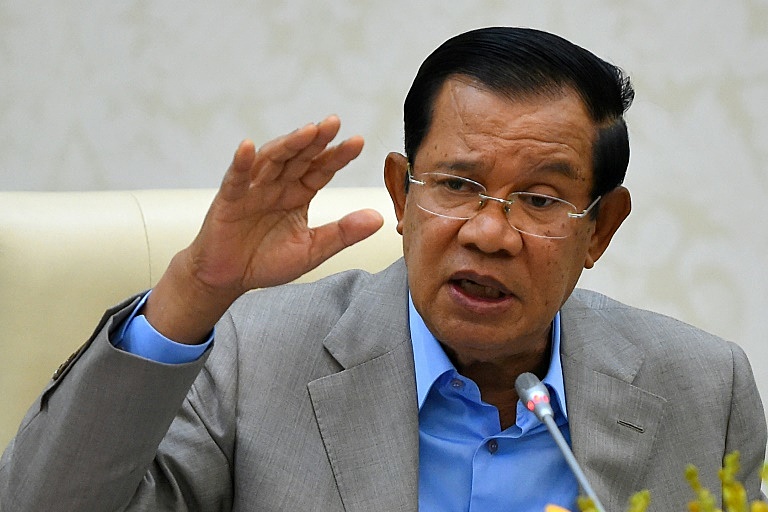 The New Zealand Herald
Coronavirus quarantine precautions around the world

The Guardian - UK
Coronavirus: 70 new deaths in one day in virus 'ground zero'