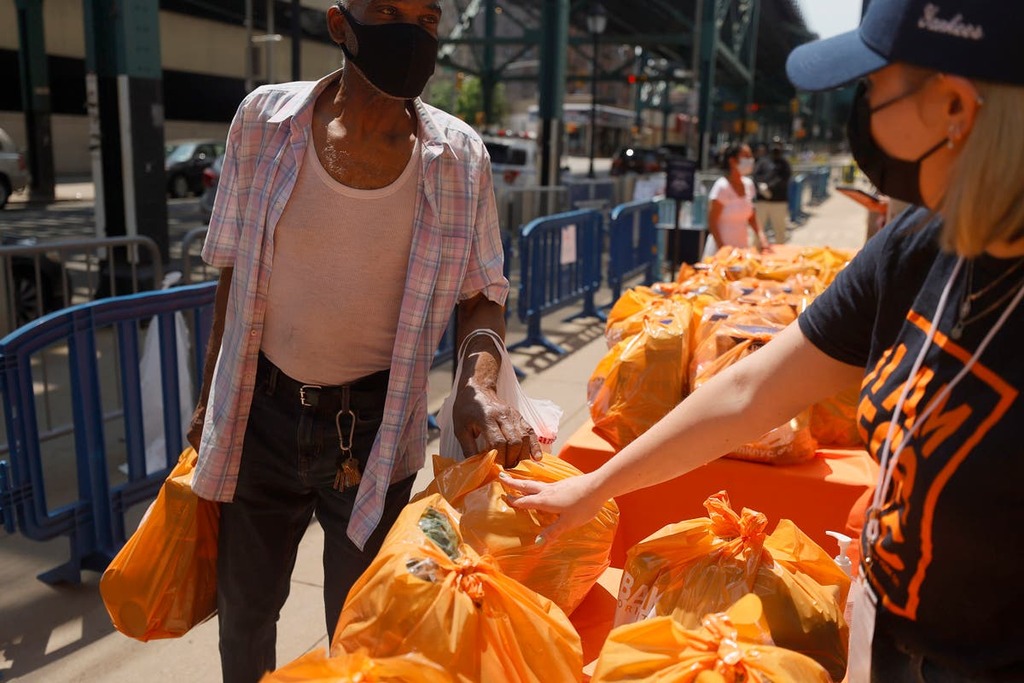 Black households and families with children experienced growing food insecurity in 2020, according to a report from the US Department of Agriculture that reveals the extent of hunger in the US during the coronavirus pandemic and its economic fallout.

Rates of food insecurity follow massive, historic investments in federal safety net programmes and billions of dollars in unemployment aid, which the USDA report suggests helped stave off a larger hunger crisis. The report found that 10.5 per cent of all American households were food insecure, or nearly 14 million households – overall rates that remained unchanged from 2019.

“The new federal data tells us two things. First, while hunger was already a massive, systemic problem in all 50 states before Covid-19 hit the US, domestic hunger surged during the pandemic,” said Joel Berg, CEO of Hunger Free America.

The organisation’s analysis found that 36 million Americans struggled with hunger one or more times in 2020, while the number of American children who experienced food insecurity spiked to 12 million in 2020, compared to 11 million in 2019.

“While tens of million of Americans suffered mightily from food hardship in 2020 – and are still suffering mightily – the nation avoided mass starvation mostly because the federal government stepped in to dramatically increase food and cash aid,” Mr Berg said in a statement.

Those federal safety nets offered a “giant food life preserver,” but one marking only a “down payment on the even bigger investments needed to create jobs, raise wages, and ensure an adequate safety net” as the pandemic continues, he said.

Lawmakers also created a programme to help feed children who normally receive free or reduced-cost school meals while schools were closed for in-person instructions, and another measure increased food stamp benefits by 15 per cent, or about $27 per month per person.

A key component of federal assistance included a weekly supplement to state jobless benefits, initially adding $600 a week from April through July 2020, then, after it was revived in December, dropping to $300 a week.

But that relief – as well as two other pandemic relief programmes to support out-of-work Americans – came to an abrupt end on Labor Day. Federal pandemic-era unemployment relief has expired, and the White House and Congress are unlikely to extend aid.

The end of Covid-19-related relief follows the loss of benefits for nearly 3 million Americans who were already cut off from some or all unemployment aid across half of all US states – all but one governed by Republicans – in a bid to push residents back to work.

Expired benefits will impact roughly 35 million households with a family member that has relied on aid, according to the US Census Bureau.