There is growing evidence that a plant-based diet – widely accepted to be good for the heart – may prevent cognitive decline, notably when adopted in mid-life.

All of this is old news for anyone taking an interest in their health.

But research continues to throw up intriguing connections between memory, cognitive function and food, as a number of new studies make clear.

Does our diet need tweaking as we age?

University of Technology Sydney research fellow Dr Luna Xu, who has an academic and practical background in nursing and public health, studied data from 139,000 older Australians and found strong links between certain food groups and memory loss and comorbid heart disease or diabetes.

In line with previous research, Dr Xu found high consumption of fruit and vegetables was linked to lowered odds of memory loss and its comorbid heart disease.

High consumption of protein-rich foods was associated with a better memory. (A 2018 study went further, concluding that a high-protein diet served as protection against developing Alzheimer’s disease.)

The intriguing part of Dr Xu’s study was a suggestion that the link food group and memory status may vary among different older age groups.

She found that people aged 80 years and over with a low consumption of cereals are at the highest risk of memory loss and its comorbid heart disease.

“Our present study implies that the healthy eating suggestions of cereals consumption in the prevention of memory loss and comorbid heart disease for older people may differ compared to other age groups,” said Dr Xu, who holds a Heart Foundation postdoctoral research fellowship.

Responding to this question by email Dr Xu said: “From an epidemiological point of view, I think it might be related to accumulative food intake over people’s life-course. Studies have indicated that people tend to make different food choices when they get older, which may affect their health status. However, there aren’t many studies exploring the interaction between food groups and age groups in health. Further epidemiological studies are needed, as well as studies from the biological point of view to explore these mechanisms.”

Short answer: The biological mechanism is as yet unknown.

Researchers from the New York University’s Centre for Neural Science have concluded that a food coma – when one is paralysed on the couch after a family feast – may help in the formation of long-term memories.

At least, this seems to be the case in Aplysia californica, the California sea slug.

As detailed in a new paper, the scientists found that a single insulin-like molecule produced in the Aplysia nervous system “simultaneously strengthens the contacts between neurons, a mechanism thought to underlie long-term memory, and promotes the absorption of nutrients into the mollusc’s tissues”.

In their experiment, when the sea slugs were allowed to eat their fill (of seaweed) their movement activity was reduced, and this effect was blocked by preventing insulin-like receptors from working.

“Thus, Aplysia’s ‘food coma’ is controlled by their insulin-like system, which acts by redistributing the animal’s energy away from active behaviour and towards storage of both nutrients and memory,” said Professor Thomas Carew, the study’s senior author, in a prepared statement.

“These results will help understand the mechanisms by which insulin and similar molecules elicit both their diet-related and memory-enhancing properties in humans and other animals.”

The researchers note that Aplysia and humans share the general features of the hormone that forms their insulin systems, which evolved in both species to control nutrition, memory, and behaviour.

However, in Aplysia, these functions have remained unified, while in the human lineage they became partially independent.

And this is the glitch.

In humans, the scientists explain, food intake promotes the release of the hormone insulin, which prompts the cells of the body to absorb nutrients from the bloodstream.

However, insulin is thought to have little effect on the brain.

By contrast, a related hormone, insulin-like growth factor II, has been shown to be critical for proper brain function, including long-term memory formation.

However, its release does not depend on calorie intake.

So if the food coma and memory theory holds in humans, the mechanism for this is yet to be identified.

Professor Carew said that most animals tend to slow down and rest after a large intake of calories, suggesting that there is a biological function to this reaction.

But the researchers concede that it remains to be established whether the human food coma “is a vestige of our evolutionary past, or still an important part of memory formation”.

Some like it hot, but their brains do not

A 15-year study of 4582 Chinese adults aged over 55 found evidence of faster cognitive decline in those who consistently ate more than 50 grams of chilli a day.

Memory decline was even more significant if the chilli lovers were slim.

The study, led by Dr Zumin Shi from Qatar University, showed that those who consumed in excess of 50 grams of chilli a day had almost double the risk of memory decline and poor cognition.

“Chilli consumption was found to be beneficial for body weight and blood pressure in our previous studies. However, in this study, we found adverse effects on cognition among older adults,” Dr Zumin said in a prepared statement.

UniSA epidemiologist Dr Ming Li, one of five researchers involved in the study, says chilli intake included both fresh and dried chilli peppers but not sweet capsicum or black pepper.

Capsaicin is the active component in chilli that reportedly speeds up metabolism, fat loss and inhibits vascular disorders, but this is the first longitudinal study to investigate the association between chilli intake and cognitive function.

So what’s going on? The researchers suggest that people of normal body weight may be more sensitive to chilli intake than overweight people, hence the impact on memory and weight.

But they also note that education levels may also play a role in cognitive decline and, yes, this link requires further research. 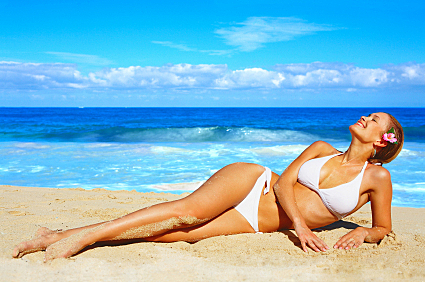 Dynamite News
One subscription that gives you access to news from hundreds of sites
The FODMAP diet is everywhere, but researchers warn it's not for weight loss

'The general public should be recommended to increase their fibre and fruit and vegetable consumption,' researcher says