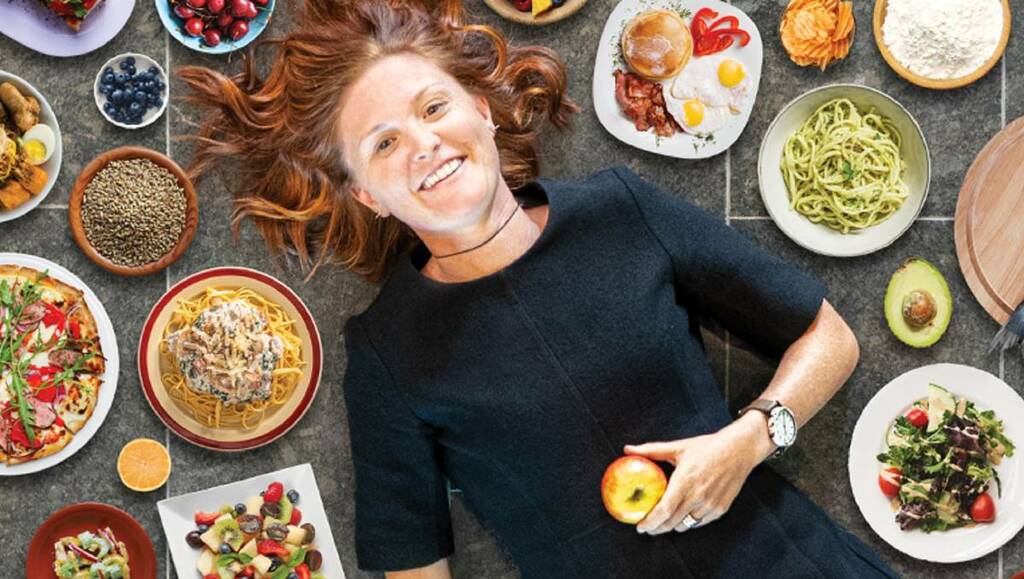 Professor Burrows, a nutrition and dietetics researcher at University of Newcastle, said this addiction was linked to increased weight and common mental health issues, such as anxiety and depression.

"We also know that traditional dietary approaches are likely not effective and there is a need to trial new treatments," Professor Burrows said.

As such, Professor Burrows is leading a new study on addictive overeating - the first of its kind.

The study aims to investigate new ways to help people with their addictive overeating behaviour to "create meaningful improvements in their health".

This study will trial two interventions.

Participants must be adults who eat more than planned, have strong cravings towards certain foods or repeated unsuccessful attempts to change their behaviour.

One group will receive five online telehealth sessions with a dietitian to set nutrition and health goals based on personality. This group will also have access to a self-guided workbook, a website and an online support group.

A second group will have access to the workbook, website and support group. While a third group will act as a control group. They will maintain normal eating habits for six months, after which they will get the same access as group two.

The program is called TRACE [Targeted Research on Addictive and Compulsive Eating].

It aims to help people trace their behaviour to understand why they eat in a compulsive way.

Professor Burrows said the addictive overeating field had been growing, amid an "abundance of processed foods readily available in the food environment".

Researchers were keen to better understand the effects such foods "might be having on our bodies and brains".

Another reason for the field's growth was "the increased levels of mental health issues", the prevalence of overweight and obese people and the need to find better treatments.

Asked what kind of foods people were likely to be addicted to, she said: "This is really interesting as we know it's different for many people".

"For some people it may be a type of food, while for others it's the behaviour of eating that is addictive rather than a specific food."

Some people seek foods that give them "a feeling of fullness".

"People consume food for so many reasons, for many it's not about physiological hunger, it's psychological," she said.

"Food can play a role for some people to calm anxious thoughts, or perhaps elevate mood or distract from more traumatic thoughts."

For some people, food replaces behaviour that used to be filled with another substance or activity.

She said food addiction was "a very complex web and different for everyone".

While this addiction can be driven by stress and feelings of reward, marketing also plays a big role.

"If we look at the symptoms, it could also be cravings and withdrawal," she said.

The researchers are seeking males and females aged 18 to 85 who: live in Australia; exhibit symptoms of addictive eating behaviours; have a body mass index (BMI) greater than 18.5 kg/m2; are not pregnant/lactating; are proficient in English; have suitable phone and internet access; have no existing health conditions or medications which affect dietary intake or weight status.

Participants will be assigned at random to one of the three groups.

They will also be asked to complete a 30-minute survey at the beginning of the study and at the three- and six-month marks.