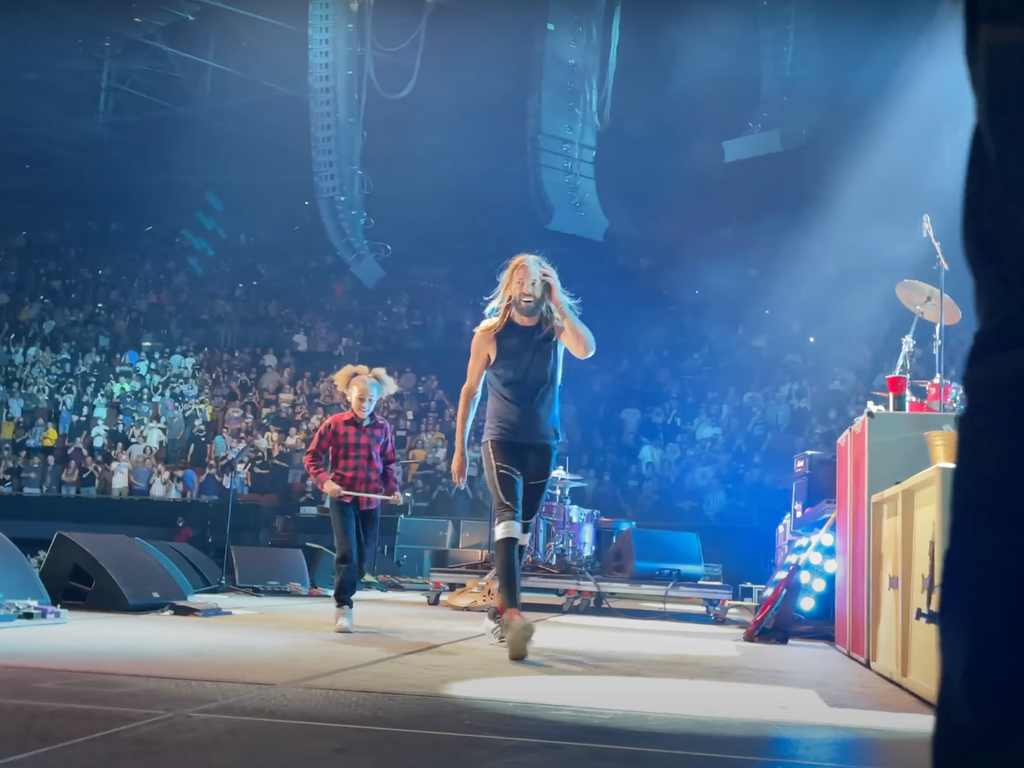 Foo Fighters’ song “Everlong” has ended up back in the charts – 24 years after its first release.

The song’s re-entry into the charts has been credited to the Foo Fighters recent performance with ten-year-old drumming sensation Nandi Bushell.

Bushell became an internet sensation last year after posting videos of herself drumming along to tracks by a number of artists, including the Foo Fighters. It culminated with Bushell taking part in a remote virtual drum-off with Foo Fighters’ frontman Dave Grohl last November. Prior to that, across lockdown, the pair took part in a series of back-and-forth musical challenges issued to one another.

Then, last month (26 August), Bushell joined Grohl on stage at the L.A. Forum to drum along to “Everlong”. Bushell received huge applause both before and after her performance, with fans chanting her name and a video of her performance later going viral.

Following the release of the video, “Everlong” started to climb slowly up the US chart positions; the song also has a four per cent increase in streaming figures.

Bushell has also played recently with Rage Against the Machine/Audioslave’s, Tom Morello, revealing that the pair had recorded a song together.

Last year, Bushell covered several songs of Rage Against the Machine, something which resulted in Morello sending her a Fender Soul Power Stratocaster after he saw her cover of “Guerilla Radio.”

“We have written an #epic song together (not the one you hear in our sweet improvisational jam). Our new song is going to be released soon! I can’t wait for you all to hear it! Thank you for welcoming us into your beautiful family!” There is no news yet on when the track is likely to arrive.

Opening up about the experience of sharing the stage with the Foo Fighters to the BBC recently, Bushell said: “It was so much fun. It was the best night of my entire life and I’ve had a lot of good nights.”