By Courtney Fry
Jenny MorrisonCarla ZampattiScott MorrisonCoalitionPEDESTRIANTV
As Former Prime Minister Scott Morrison (God that feels good to write) made his concession speech on Saturday night, he was flanked by the women he spends the most time with: his two daughters and his Oracle on Women, Jenny Morrison
lot teal independent Allegra Spender Carla Zampatti booted Liberal Dave Sharma out

How do we ever move past Jenny Morrison wearing Teal Carla Zampatti at the concession speech – she’s in Allegra Spender CosPlay. pic.twitter.com/IvHzjQN6Ab

. The Morrison matriarch wore a striking light blue dress that looked a like a piece designed by the late mother of newly-elected , . Let’s unpack that one, shall we? I noticed a comment on PEDESTRIAN.TV’s Instagram at the weekend that brought this rumour to my attention — was Jenny Morrison wearing a piece created by ? The same Australian designer whose daughter of the blue-ribbon seat of Wentworth? A bit of digging around (read: googling “Carla Zampatti high neck light blue dress) served up a Carla Zampatti piece called the . It retails for $929 (!!!) and is absolutely the -energy fit that Jenny wore on Saturday night. This leaves me with one question: who did this? Was it Jenny Morrison herself who — blindly believing the Coalition was going to take the election home — thought it would be a bit shady to wear a “celebration” dress designed by the mum of an independent who was contesting a safe Liberal seat in Sydney? Or was it someone on Jenny’s styling team (surely she has/had one) who quietly went a bit rogue and put her in a dress linked to the independent who spanked the Libs at the polls? Either way, it’s pretty delicious considering if it was Jenny’s idea it’s backfired spectacularly. Because now she’s worn the dress of a woman whose daughter has helped the Coalition eat absolute shit, and quietly hoped nobody would notice. But we did and you know what? You really do love to see it.
Sign up to read this article 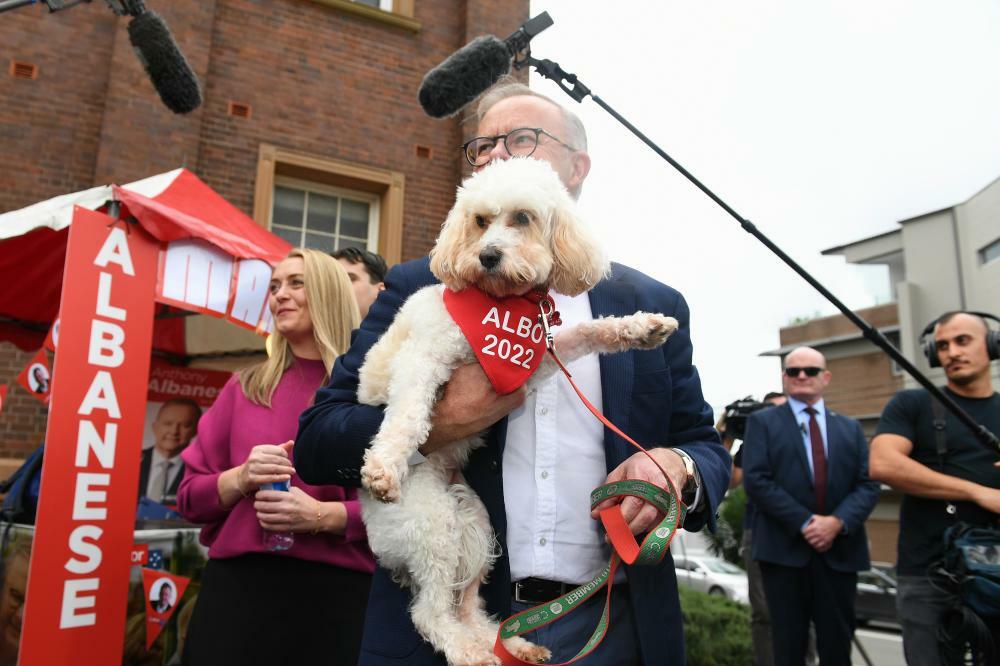