Well, there’s a good chance Machine Gun Kelly and Megan Fox are married and are possibly with child. Young love, it all happens so fast. The only caveat here is that nobody is actually sure. We’re getting mixed signals from the couple and have no idea what to think.

Fans of the vampiric dynamic duo were sent into a spin after MGK referred to Megan Fox as his “wife” during the 2022 Billboard Music Awards on Sunday.

“I wrote this song for my wife,” he said according to E! News.

He reportedly said this right before he started singing his song “twin flame”, which is wholly dedicated to the former Transformers actor (who absolutely smashed that role, argue with the wall).

Keep in mind that the couple only just got engaged in January. Remember that fucked up ring that MGK gave Megan? Yeah, that was only a couple of months ago.

Midway through the song MGK reportedly stopped to also say “and this is for our unborn child.”

He was probably just referring to numerous babies he plans to have with Fox, but who can be sure. For all we know he could have been married to Fox in secret with a baby in the oven. Nothing from them surprises me anymore.

megan fox is pregnant w mgk’s kid and they’re married???? why am i finding out about this on nbc wtf

This isn’t the first time MGK has referred to Megan Fox as his wife, either.

Approximately two months ago he went and joined E*len on her horrifyingly pristine white couches to discuss simple shit like whether or not he had a cat. What else would you expect from Ell*n?

During the interview he referred the Megan as “my wife” a couple of times, raising some eyebrows. Truly baffled that Elle* didn’t pick up on it and question him.

However, the plot thickens thanks to some choice words MGK had on the Billboard Music Awards red carpet.

When asked by E! News about plans for his wedding, MGK had this to say:

So… the two aren’t married? Or they were privately married and still want to have a full-on weirdo wedding for everyone to gawk at?

Who knows. As long as there’s no more blood-drinking, thanks. 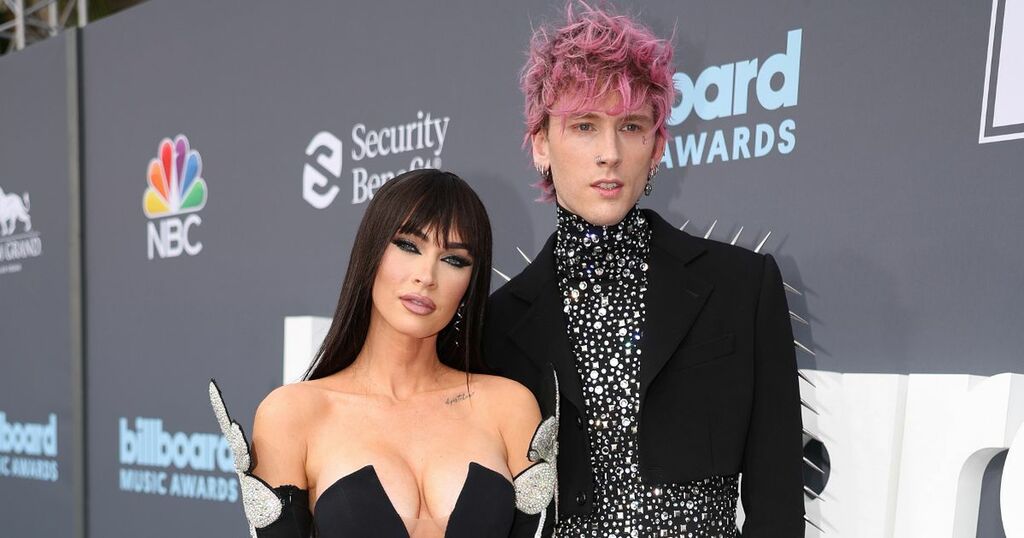