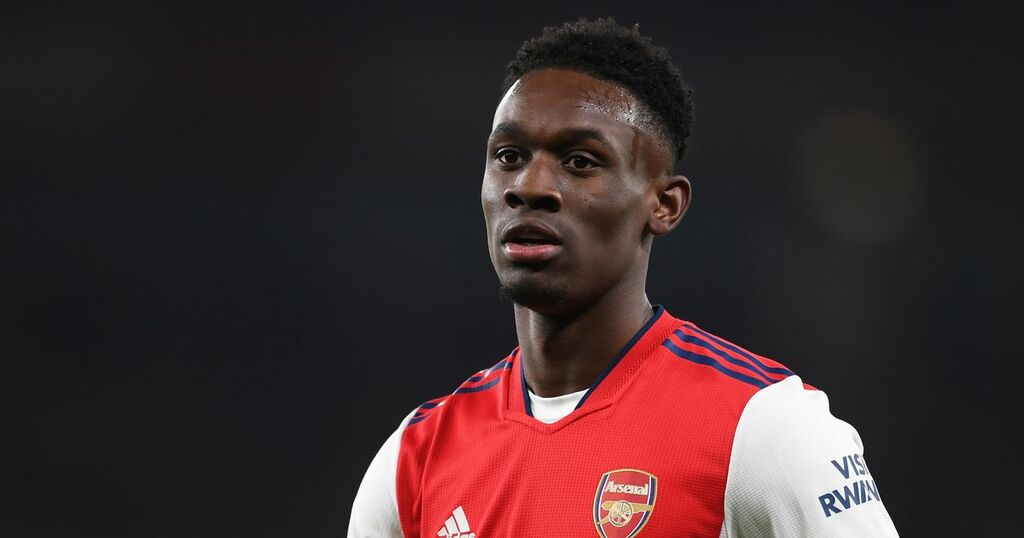 Flo Balogun has insisted he will return to Arsenal a better player and be ready to challenge for Mikel Arteta’s first team.

Balogun has spoken of his regret and frustration at not taking his big Arsenal chance this season, and getting more first team action.

He started in their season opening defeat against Brentford but was subbed after 60 minutes.

The 20-year-old has been desperate to test himself in senior football after scoring for fun in the Gunners’ U23 side.

Even when Arsenal skipper Pierre-Emerick Aubameyang was dropped recently, Balogun was not thrown into top flight action, making his last start in the Carabao Cup win over Sunderland.

He is determined to be part of a winning Boro team, and help their push to be in the Championship promotion play offs.

Balogun said: “We lost the first game of the season and I wanted to put it right. You don’t get that chance in first team football all the time. I was upset and frustrated but had to be ready to go again.

Do you think Folarin Balogun will become an Arsenal regular? Comment below

“I hope a successful loan puts me in a better position that I was in before coming here.

“Coming through the ranks at Arsenal (being their main striker) was always something I wanted to achieve. Coming here my job is to give it my all and see what happens.

“It is a case of me knowing what I can do and showing it on the first team stage. That is the main thing.

“It is difficult for any young player. It is something (breaking through) you know won’t happen overnight. Young footballers have to wait for their chance, I am looking forward to it now it has arrived.

“I want to play senior football, fight for three points, to push for promotion and there is a lot of pressure here. It is a great fit for me to be here and learn and score goals.

“This feels great. I wanted it to happen for a while. I tried to narrow down my options and spoke to Chris Wilder and knew this was somewhere I wanted to be.”

Asked if he felt he would get a chance when Aubameyang was frozen out, he added: “I didn’t make that correlation. We found out about the news and it was something we had to accept as a team and move on.

“Arsenal is a close knit changing room and the boys are together. If I was unsure about anything, or feeling I was needing to improve, and didn’t know what to do, there were loads of people I could ask young and old.”

Eddie Nketiah, who had a successful loan move himself to Leeds, gave Balogun advice. “I spoke to Eddie about going to Leeds. He mentioned it was a good league, good experience to play against senior opposition. He made it clear it was different from youth football. “

Balogun loves to study strikers on YouTube to pick up tips on movement and finishing. He added: “The Brazilian Ronaldo, Thierry Henry, these were the names I watched on YouTube in my early years.

“I don’t model myself on them but I do take inspiration from researching players, learning from anyone anywhere.”

Now he has to fit into Wilder’s plan. The Boro boss also wanted to sign him when he was at Sheffield United.

He said: “I knew the manager and that helped a lot. At Sheff U we spoke and I have wanted to work with him. He has a vision and philosophy and I have studied that.

“Promotion is something that I would like to feel. I am looking forward to it.”