Fly-tipping is on the increase in West Lothian 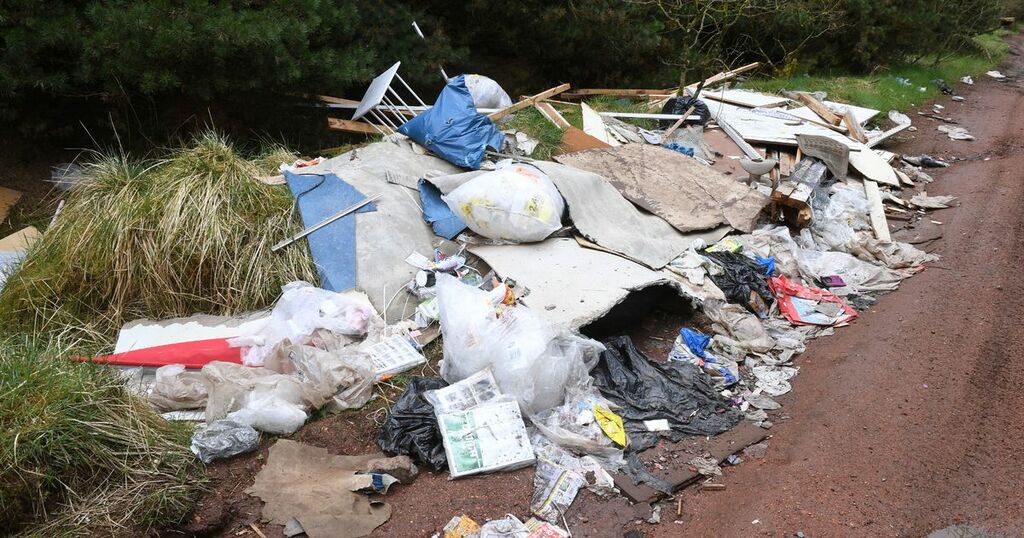 Work to clean up Livingston has been so successful it has led to an increase in fly-tipping, it has been claimed, with households now dumping rubbish knowing it will be picked up by the council.

Instead of going to the council’s recycling depot at Oakbank, people are dumping at sites in Craigshill and Dedridge - at some points less than a mile from the depot.

The father-of-two, originally from Livingston, rushed to help the woman after her baby fell from her arms due to extreme exhaustion on the final flight from Afghanistan, shortly after the ISIS-K explosion that killed 170.

“We have become a victim of our own success here,” Countryside manager Andy Johnston told Livingston South local area committee.

“There are hotspots. People know that if fly-tipping is reported it will be cleared up by the council in 48 hours so some are just taking stuff there rather than to a recycling centre.”

Clean-up staff have tried a variety of methods, including cameras, to trap the tippers, but without much success. When it’s obvious one place has become too “ hot” fly-tippers move on to another.

And the council are now pushing for a change in the law to help them issue fines to fly-tippers and get the problem under control.

There were just four Fixed Penalty Notices issued in Livingston South for Fly tipping and one for littering for the period of 1 April 2021 - 30 June 2021.

The council is working with the police rural crime teams and also pushing with other local authorities to make it easier to issue fines.

At the moment the council has to produce two pieces of evidence that the rubbish came from a certain individual to issue penalties. It is campaigning for that to be reduced to one piece of evidence needed to pursue .

Asked by Councillor Moira Shemilt for the causes of fly-tipping, Mr Johnston reiterated his message about “white van man”- unscrupulous dumpers taking money from householders with promises of proper disposal then dumping on roadsides.

He also pointed to the huge profits and the growth of criminal involvement in fly-tipping. Where police can link tipping to criminal activity the potential fine rises from £200 to up to £40,000.

West Lothian currently has issued a £20,000 fine but this has been appealed and continues through the legal process.

The council has already been running social media campaigns against fly-tipping and, while the surge seen last year has mostly not been increased this year the costs remain huge, at around £54,000 a quarter to clean up across the county.

Asked by Councillor Shemilt if the council could make a dent in the fly-tipping problem, Mr Johnston said: “There’s a lot going on in the background. I don’t know how huge a dent we can make in it. Where people can make a lot of money or criminal gangs can make money- it’s hard to thwart, but we’ll certainly give it a good try.

The update came as four more staff were recruited to help clear fly-tipping and cope with the demands on the service by the army of volunteer litter pickers who scour the county- now filling hundreds of bags every week.

On that good news story for the council Mr Johnston said: “We wouldn’t have managed without their help and their support is greatly appreciated by the service.”